HUNTS POINT, BRONX, NY - We investigate many cases of produce-related drug smuggling. Would-be Tony Montanas have tried to conceal illicit substances in bananas, jalepeños, and soybeans—and that’s in August alone. But rarely do we get to honor the heroes who intervene and keep our precious fruits and veg pure. Recently, 70 kilograms of cocaine were uncovered in the Bronx, worth an estimated $10 million, hidden among a shipment of rotting fruit. But thankfully, there was one officer who wasn’t fooled by the pungent odor. 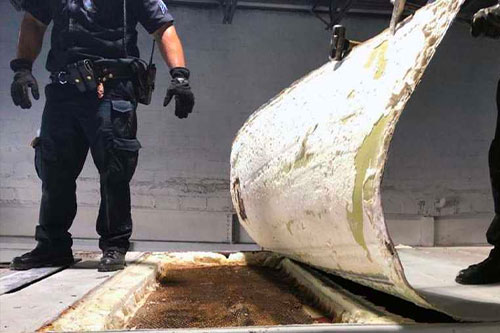 According to 1010 WINS, law enforcement became suspicious of the comings and goings of two large trucks at a commercial warehouse—one truck carried a shipping container, and the other was a tractor-trailer with a refrigerated container. Officers proceeded to investigate the vehicles, which was made difficult by the rotting coconuts, papayas, and oregano that filled the containers. However, the officers were aided by one of their more recent recruits. 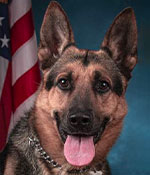 According to abc7NY, the individual who sniffed out the drugs was none other than Port Authority K-9 Officer Balu. The pupper, a German Shepherd, graduated from the Port Authority Police Canine Unit last year, after 14 weeks of training, where Balu and his fellow cadets learned to identify 18 distinct odors, reported The New York Post. At the most recent drug bust, Balu identified a concealed compartment that had been used to store the cocaine, proving himself to be the goodest of boys and an essential part of his law enforcement team.

Once again, we at ANUK appreciate the dedication and skill of the law enforcement officers that continue to take down produce criminals; and speaking for the entire office, we volunteer to give Balu all the belly rubs he can handle.