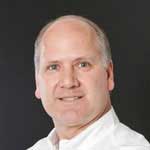 “It’s hard to believe it has been over 18 years since I joined Amazon. It has been an amazing and inspirational experience, but the time has come for me take on a different challenge,” wrote Greeley. “It was Jeff Bezos’ heartfelt 1997 Letter to Shareholders that ultimately drew me to Amazon, and I have not regretted that decision for even a nanosecond. That letter described a unique approach for a public company, and the vision it contained was even more powerful than I fully understood at the time. With a relentless focus on customers and eight clearly defined long-term principles, it has been the foundation for a phenomenal business, and I truly believe, even now, it is still Day 1.”

Greeley held a number of executive positions during his time with Amazon, including Vice President—European Consumer Business for Amazon EU and Vice President—International Expansions. Greeley also served on the boards of various companies and organizations during those 18 years, including USC Viterbi School of Engineering and LOVEFiLM.

Greeley ended his statement by noting his thankfulness to Amazon’s team members—though the departing executive did not stipulate what the “different challenge” to which he was moving on would be.

News of Greeley’s departure follows less than a month after Amazon announced plans to consolidate its Amazon Prime Now and AmazonFresh divisions and news that Amazon Prime Now’s two-hour delivery services would be available at a growing number of Whole Foods locations.

AndNowUKnow will continue to report with more important retail news.