LOS ANGELES, CA - The stars of the 68th Emmy® Awards will not only be on the red carpet, but on the menu as well.

Babé Farms has announced that the Emmy® Awards Governors Ball and Creative Arts Balls’ plates will offer specialty produce from the Santa Maria, California, grower, including thousands of gourmet vegetables.

“It’s not every day that someone who grew up on a farm gets to be part of one of the biggest events in Hollywood,” NBC Los Angeles’ Ted Chen reported upon the unveiling of what the stars would be eating at the big event.

Such featured fresh stars for the menu included:

These couture vegetables listed above were used primarily for the salad course, according to a press release, with the exception of the carrots which were a part of the “Turf & Turf” entrée.

Babé Farms said that it worked closely with the Executive Chefs of Patina Catering to ensure all needs were met for both quantity and quality, with meticulous planning needed for the ball. 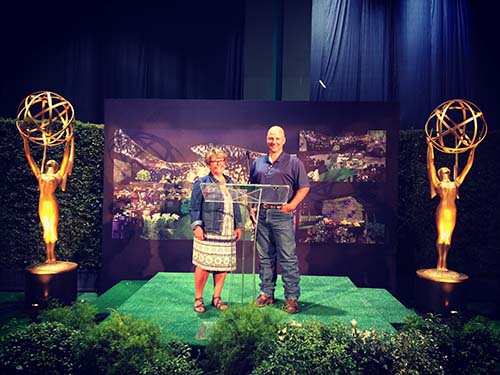 Also on hand for the Press Preview and exclusive interviews were Babé Farms owners, Jeff Lundberg and Judy Lundberg-Wafer, to discuss serving what is billed one of the largest formal sit-down dinners in the U.S., setting up a great stage for fresh produce.