GLENNVILLE, GA - Bland Farms is celebrating its 70th anniversary of farming, ringing in another year of expanding its family tradition of farming. While Bland Farms started operations with only five acres, the company has since grown to be one of the largest packers of Vidalia® onions annually.

The company first began in 1982 when Delbert Bland and his late father Raymond began growing Vidalia sweet onions on five acres in Glenville, Georgia. Recognizing a rising demand for sweet onions, Delbert Bland then expanded production outside of the Peach State, bringing sweet onions to new domestic and international markets, including Texas, California, Peru, and Mexico, all year long. 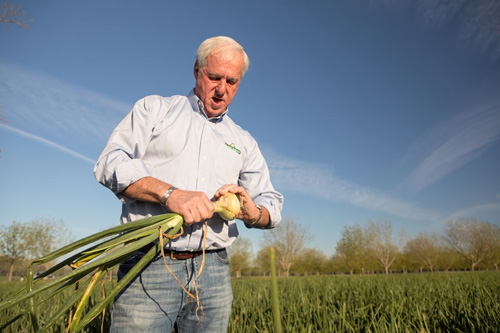 Since the company’s beginnings, Bland Farms has been influential in bolstering the Vidalia brand. According to a press release, this has included being the first to successfully incorporate Vidalia sweet onions into processed foods as well as beginning a mail order business in the late 1980’s that introduced the Vidalia name to markets west of the Mississippi River.

Through every accomplishment and milestone, Bland Farms has remained a family affair. Delbert Bland and his wife Sandra have helped pass down the lessons of the family farm to their sons Troy and Landis, and, not to mention, the whole family, including the extended Bland family, is involved in the day-to-day operations. 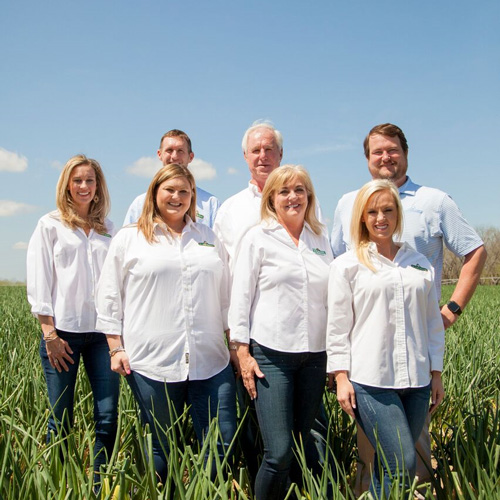 As Bland Farms positioned itself as one of the many produce leaders guiding our industry, the company has also positioned itself as a cornerstone of its community and has made an effort to give back via its Raymond D. Bland Scholarship for Agriculture. Through this scholarship, Bland Farms seeks to reward students who have demonstrated similar qualities to those of Bland Farms and who are in pursuit of an agriculturally related field of study.

Congratulations to Bland Farms on 70 years and here’s to 70 more!