China Consumes the Most Veggies Worldwide

When it comes to which country eats the most produce, the answer might surprise you.

National Geographic has released a very cool interactive infographic that you must see. The graphic shows us not only how our diets compare to those of other countries, but also how much our diets have changed over the past 50 years.

Click here, hit play and watch before your eyes how diets have changed for the better in some cases, and much worse in cases like the United States.

According to the graphic, the most recent data ranks the United States 7th in the quantity of produce consumed by each person, and who’s first? None other than China. 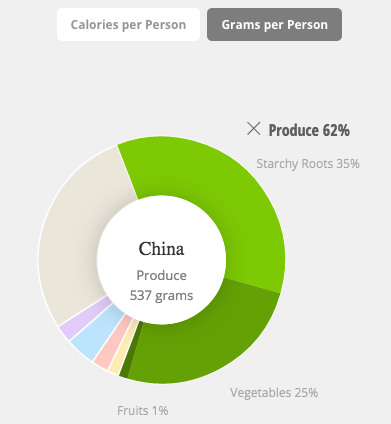 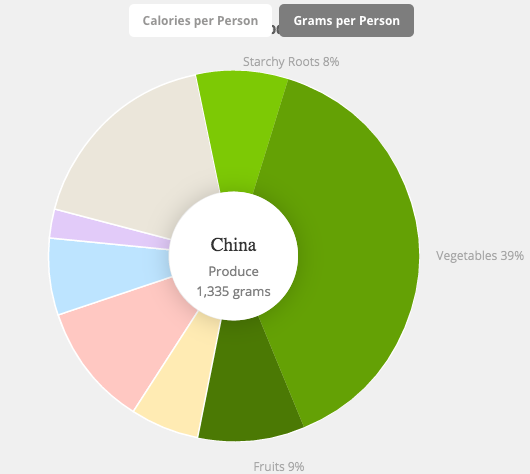 The landscape of the Chinese diet has changed quite a bit over the past 50 years, increasing from 537g of fresh produce per person in 1961, to 1335g of produce per person, making them far and away the largest consumer of the category currently. The sugar and fat consumption is also shockingly low in the country, at only 60g per person. 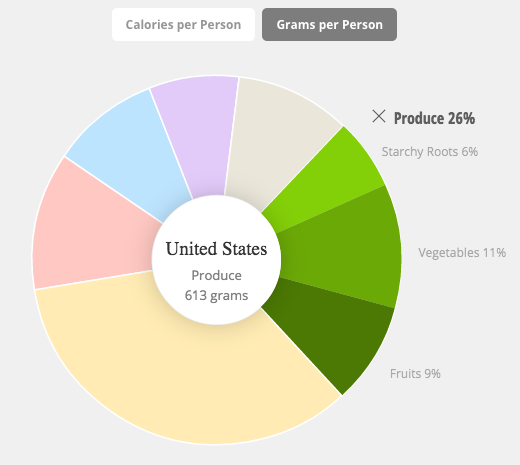 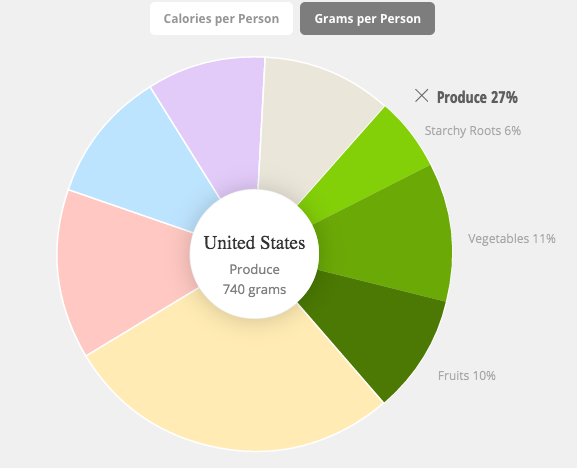 In contrast, produce consumption in the United States has remained much more stagnant over the decades. In 1961, the U.S. consumed 613g of produce  per person, and in 2011, that had only grown to 740g. Even more troublesome is how much sugar and fat consumption have increased, from 186g to 266g.

With diets trends across the globe rapidly changing to include more produce, the United States is not keeping up with its international counterparts.

Unfortunately our Canadian brothers aren't included in this ranking, which I believe is a huge mistake. Canada is known as a huge consumer of fresh produce and it would have been interesting to see included in the graphic.

Other countries that beat the United States in 2011 fresh produce consumption include:

Stay tuned to AndNowUKnow for continued updates on the worldwide landscape of produce consumption.