WENATCHEE, WA - It has been just six months since completing some of the final rooms for CMI’s 500,000+ square-foot facility, housing new packing lines equipped with the latest technological machinery, and the company is ready to showcase the final product. 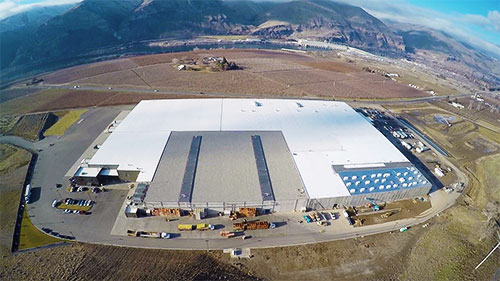 How to do so, however, presented a bit of an obstacle. The only way, the company stated in a press release, was to take to the skies with drone technology.

“There is really no way to appreciate the magnitude of this facility without seeing it from the air,”  Katharine Grove, Marketing Specialist at CMI, said in a press release. “So that’s exactly what we did in the video, using an HD drone to shoot the plant from above. We also took some calculated risks with the shoot, precariously flying a drone inside our new facility above live-running apple lines to show the notable features of the new plant.”

To see the footage for yourself, watch this brief video:

With separate cherry and apple facilities, the capacity for 350,000 packaged fruit cartons with potential for 12,000 carts to be packed per shift, and 15 open loading docks (with expansion to 30), Katharine added there have been few apple facilities of this size built from the ground up in the last twenty years. “Most apple packing plants here are grown incrementally, with growers gradually expanding and adding on to existing warehouses. McDougall & Sons started with a detailed plan, a large chunk of open land, and built it 100% from the ground up.” 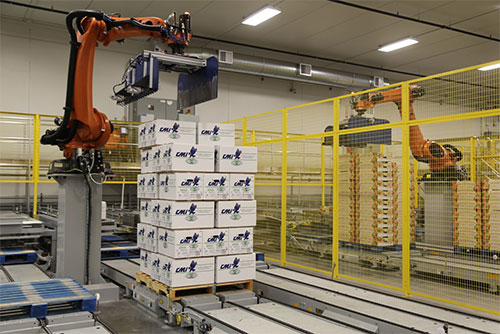 With the completion of the apple room in July of 2014 and the cherry room in June of 2015, Bryon McDougall, Vice President of McDougall & Sons, said in the release that the plant required more than five years of planning and construction.

“Looking at the future growth of our company orchards, plus the growth of our independent grower base, we knew the only way moving forward was building a brand new facility,” he stated. “While building from the ground up is more costly, strategically it was the best option for managing our future needs.” 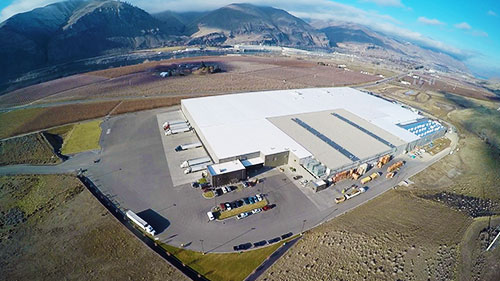 With the CA storage capacity of one million cartons, the new McDougall & Sons’ facility is already packing all conventional apple varieties, including Red Delicious, Gala, Fuji, Pink Lady, and Ambrosia™, marketed by CMI.