YAKIMA, WA - Only the most exquisite wonders can be found amongst the stars. That is exactly why the Cosmic Crisp® name is so fitting—as its mouthwatering flavor and refreshing bite equates it to something outside this world. For this reason, the unique brand has earned a Healthy Snack Award from Good Housekeeping Institute for the second year in a row. 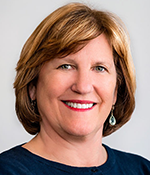 “We are delighted to once again make the esteemed list of healthy snacks award, knowing the rigorous testing that the Good Housekeeping Nutrition Lab puts every product through,” said Kathryn Grandy, Chief Marketing Officer for Proprietary Variety Management, the company who markets the Cosmic Crisp apple. “And it's exciting to have fresh fruit alongside some of the most innovative new healthy options on the market.”

The classically bred cross of Honeycrisp and Enterprise varieties appeared in the July/August Issue of Good Housekeeping Magazine, and was given top marks for having “a crisp bite and a refreshing taste,” according to a press release. The testing panel also described the Cosmic Crisp as juicy and firm, with a delicious combination of tart and sweet flavors. Testers also noted that the apples are naturally slow to brown, making them perfect for snacking. 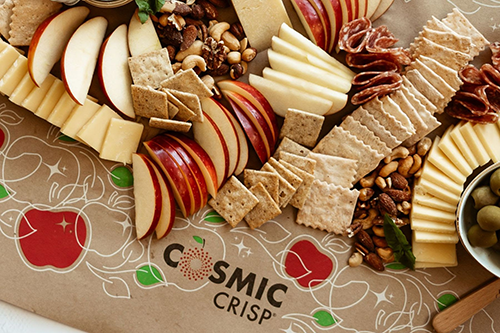 “The snack category is growing rapidly, and we feel it's important that fresh fruits stay at the top of every shopper’s list,” noted Grandy. “Cosmic Crisp apples are a snacker’s best friend because they pair so well with a variety of foods.”

Washington State farmers who are licensed to grow the Cosmic Crisp shipped over 1.5 million boxes of apples across the US from the 2020 harvest, and the upcoming fall harvest is projected to be more than 5 million apples.

A limited amount of the beloved apple brand is still available in grocery stores, but fans will be able to find them in stores in time for the Thanksgiving holiday.

With another momentous accomplishment under its belt, could the Cosmic Crisp be the key to sales in your produce department?