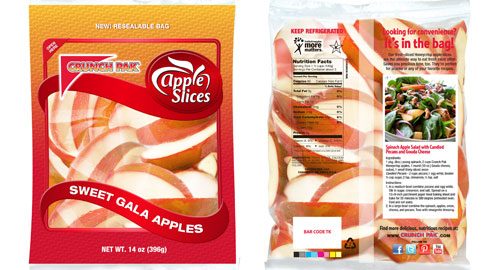 “Our shoppers are apple savvy; they know what they like and they look for their favorite varieties in store,” said Tony Freytag, Senior Vice President of Sales and Marketing. “We created the peel and reseal bag based on shopper feedback; consumers tell us they want to use one bag multiple times.” 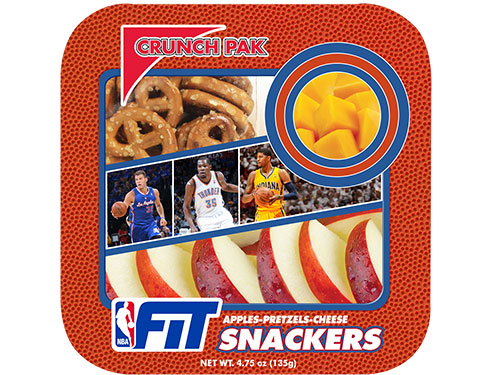 The company will be showcasing a variety of new products and will feature its newest items, including the NBA Fit Snacker, which will be sold at Wal-Mart stores this basketball season, according to a press release.  The suggested retail price for them is $2.49.

Crunch Pak has been working with the NBA to feature Fit Snackers at events throughout the season.  The Snackers contain sliced fresh apples, cheese and pretzels and feature popular players like John Wall, Derrick Rose and Kevin Durant on the label.  Apart from the NBA, the company also has a relationship with the MLB.  Its sliced apples are sold at Yankee Stadium in New York and packages with the Yankees’ logo are sold in select markets. 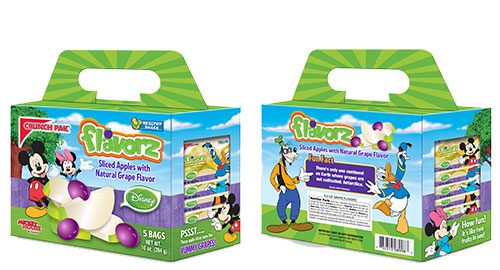 Crunch Pak will also be debuting FlavorZ in a box, a snack item for kids that has been in test markets since August, according to a press release.  The FlavorZ box was created for “grab and go” snacking with a handle for easy portability.  The box, which features popular Disney characters, is also reusable.  The two FlavorZ boxes featured will be grape and strawberry/vanilla crème.

Crunch Pak’s 20x40-foot booth will also include a display area for its co-branded product line with Disney and licensing agreement partners Marvel Worldwide and the New York Yankees and Major League Baseball, according to a press release.

“This is our opportunity to showcase what we’re doing to meet consumer demand for healthy, fresh convenient food,” Freytag said.  “This year we’re excited to highlight our multiple licensing partners as we keep moving the product line forward through innovation.”

Crunch Pak will be at booth #3084 during Fresh Summit.