NEW YORK, NY - D’arrigo Brothers of New York has announced its mission for the economic power of produce to be heard in one of the U.S.’s most dynamic cities.

As we reported recently, the wholesaler further bolstered its investment in its home of New York City by joining the 300+ member organizations that make up Association for a Better New York (ABNY), a powerful coalition of major corporations and institutions looking to strengthen the city’s economic fabric and quality of life.

“D’Arrigo Brothers’ enlistment as a member of ABNY reflects its intention to seek an equal seat at the table because we helped set it,” the company stated in a recent release. “We would respectfully suggest there is a similar place for the produce industry across the United States because we not only help feed America, we employ it.” 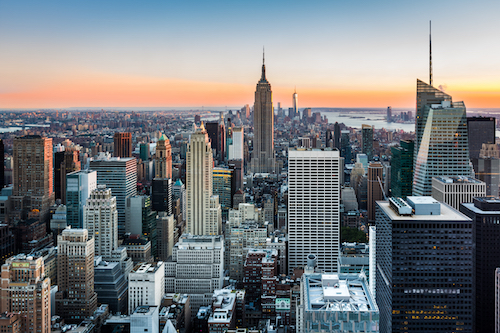 The company explained that creating a credible presence sitting alongside fellow ABNY members with brand names such as Citibank and Columbia University requires statistics. With that in mind, New York State Comptroller Thomas DiNapoli reviewed the company’s economic reach, occupying some 100,000-square-feet of space at the Bronx’s Hunts Point Terminal Market. His findings included that:

What do such numbers mean? That the market makes up a key part of a regional economy which D’Arrigo Brothers feels means an obligation to be part of the conversation about where public resources are placed.

“For generations, the nearly-exclusive focus of D’Arrigo Brothers has been to efficiently serve hundreds of clients with a daily supply of fresh produce. It was a conscious decision to leave public policy and macro-economics to others and reflected the opinion of many in our industry,” the company stated, commenting that the more complex business life for every sector of our industry has created a need to advocate for specific issues.

This is the latest in a string of moves D’Arrigo Bros. has made as an active member of the New York community for over 50 years. To see what it does next, and other key strategies in the industry, keep checking in with AndNowUKnow.