IDAHO FALLS, ID - Unfortunately, when consumers pick up a potato at the grocery store, they most likely only see what’s ahead in its life cycle, a.k.a. whatever they plan to make for dinner that night. As hardworking individuals with their hands in the soil, the team at Eagle Eye Produce envisions a more comprehensive understanding for consumers and industry members alike. Transforming imagination into action, the grower invested in a few time lapse cameras to record its potato fields in Eastern Idaho, capturing over 6 months of footage and compiling it into the video below. 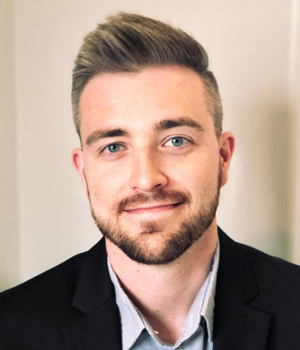 “We launched this project to help connect the customer to the growing process,” said Dallin Klinger of Marketing and Communications. “We feel it is extremely important for people to understand where their food comes from and to understand the natural process behind it. When you look at a bag of potatoes in the produce aisle, it's easy to forget the generations of growers that work around the clock to ensure you get the best quality product. After watching the six months compiled, it’s easy to see the hard work and dedication that goes into this process. We are hoping this project and other projects in the future will help continue to bridge the gap between the farm and the fork.”

With over 20,000 acres grown and harvested annually, Eagle Eye Produce has become one of the largest potato growers in the western United States. According to Dallin, Eagle Eye’s potato season kicks off with planting in early April to early May. After 14-16 weeks, the grower begins to separate the vines in order to promote maturation of the potatoes. Then, as summer turns to autumn, the potato harvest kicks off.

After carrying out the two-pronged process of harvester and crossover, the potatoes are transferred to a 10-wheeler truck to be sorted and transported to a storage cellar. The potatoes are then inspected by skilled sorters who remove weeds, rocks, and look for any imperfections in the field-fresh-potatoes. Once inspected, the product is stored in regulated storage cellars, where it will remain until being packed. Each cellar holds millions of pounds of potatoes which can be stored for several months, ensuring a year-round supply of premium Eagle Eye Produce potatoes.

The grower’s exclusive potato harvest time lapse can be viewed above or accessed via the company blog. For more influential initiatives in produce, keep a tab open for us at ANUK.