NOGALES, AZ - It’s that time again produce fans, the Fresh Produce Association of the Americas (FPAA) is once again holding its Annual Fall Nogales Fresh Produce Convention and Golf Tournament, and I, for one, can’t wait. A personal favorite reason of mine to head down south to Nogales, this marks the 49th annual meeting of the minds behind FPAA, taking place from Thursday, November 2 to Saturday, November 4 at the Tubac Golf Resort.

Each year, the FPAA Convention is a celebration of the kick off for another season of fresh produce entering the United States from Mexico through the port of Nogales, and will include a myriad of opportunities to talk about the issues that matter most to these key member’s of the industry. Of course, this means NAFTA will be at the top of the list of hot topics attendees will be raring to discuss, and FPAA will be hosting a panel discussion to delve deeper into the topic.

“One of the biggest topics of this time is NAFTA,” Lance Jungmeyer, the Association’s President tells me. “Our panel will lay bare how U.S. consumers have improved their quality of life and health because of the improved year-round availability of fresh produce since NAFTA. We have to recognize the enormous benefits to society because of this trade agreement.” 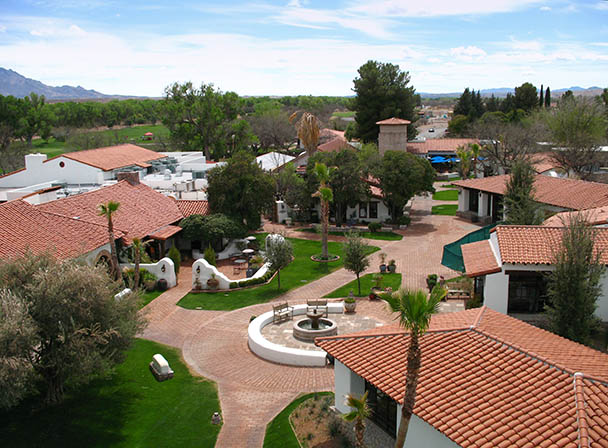 Along with Thursday’s keynote by Vice President of Fresh Foods at the Food Marketing Institute (FMI) Rick Stein, which will be focused on the company’s yearly Power of Produce Study, FPAA’s educational opportunities run the gamut of industry-specific topics, including a session from our own CEO Robert Lambert on “WOW” in innovations for the fresh produce industry. Additional highlights include James Martin’s presentation: Wilson Produce and The Past, Present, and Future of One of the Industries Oldest and Most Influential Companies; as well as a consumer-focused discussion on What Moms Think of Mexican Produce, presented by The Produce Mom herself, Lori Taylor.

And those who come to Nogales in search of FPAA’s always lively parties can catch the first opportunity on Thursday evening at 6 p.m. for the Opening Fiesta. And in proper Mexican fashion, the convention also leaves off with a party, the FPAA’s Gala event and “Pillars of the FPAA” awards ceremony, where recognition will be given to those who have volunteered their time and effort to the industry, as well as demonstrated innovation and integrity throughout their career.

Other fun elements to this year’s event include:

For additional information on this year’s event, including a where to purchase tickets, visit www.eventbrite.com/e/49th-nogales-produce-convention-and-golf-tournament-tickets-36842608233 or contact the FPAA office at (520) 287-2707.