NEW YORK, NY - D’Arrigo New York’s operations have helped the company become an Empire State staple, with a business culture and traditions that allow them to excel. This year, the practices are getting a recharge with a series of renovations and rebrands, not to mention a whole new side of business that will take its operations to the next level.

I was able to get the inside scoop from Gabriela D’Arrigo, Vice President of Marketing and Communications for the company, and she enlightened me to all of the changes that lie ahead.

“Last January, we purchased what was formally the John Georgallas Banana Distributors of New York, which is a company that is right outside the Hunts Point Terminal Market and across the street. The company has been an institution for bananas for a very long time—and we have become friends with the owners over the years. In the last couple years, the two companies saw some opportunities and synergies that could really work well. We’re always looking for ways to diversify our revenue stream and our business. We thought, ‘Why not?’” Gabriela explains. 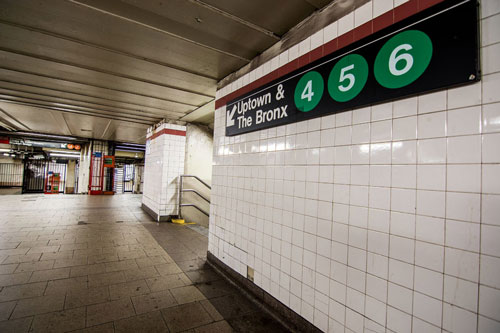 Since purchasing the facility in January, D’Arrigo has been gutting and renovating the space. While the facility is going through this transformation, more big changes are on the horizon—the facility is under renovation, with different segments making it through stages. There are currently 13 ripening rooms to provide space on-site for both organic and conventional bananas. In addition to the ripening rooms for the bananas, there are two for plantains. 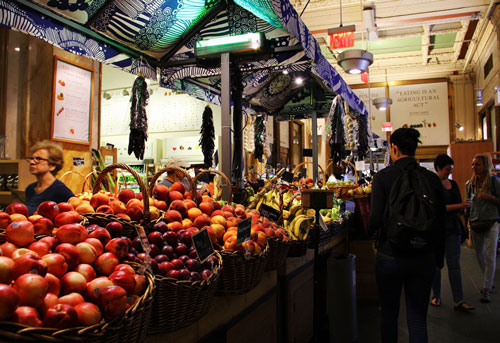 This purchase has really prepped the company for more successes. They jumped into the deep end, Gabriela jokes, but with a calm that assures me that this move is a natural fit for the company. Kevin D’Arrigo, Vice President of Operations, is captain of the banana ship, and Gabriela tells me that he is steering the new operations successfully and with ease. 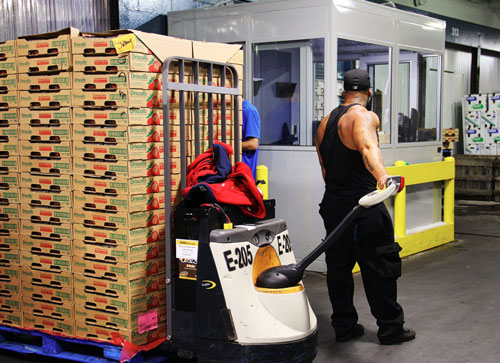 “Kevin really has a knack for it. We now are able to accelerate the growth of our tropical department that we started a few years back because of the success we are seeing with this new venture. Because it’s outside of the market, we have a little bit of freedom as far as what we can sell in and out of there. In the Hunts Point Terminal Market’s cooperative, you can only sell fresh fruits and vegetables,” she shares. “At that facility, since we are a little bit outside of it, if we wanted to sell teas or juices or packets, we have the freedom to do so there. We also have the ability to be open seven days a week, 24 hours a day. That has changed a lot of our business, and has enabled us to compete with other markets that have those capabilities.” 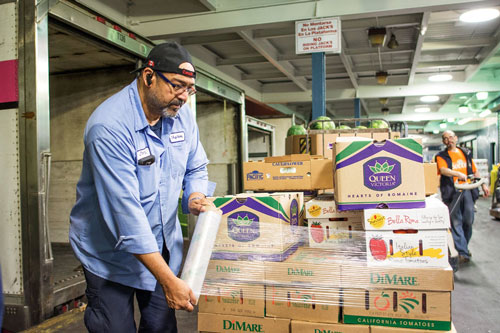 The new purchase resides right outside of Hunts Point Produce Market, inside of which D’Arrigo Wholesale sits. There is much to be done throughout the process of onboarding the banana operations and creating a new life for the company’s image.

“We’ve also been doing construction here on our stalls on the wholesale side. We’ve been doing that in phases, as well—starting with our fruit department and moving toward our other departments—giving our company a much-needed facelift,” Gabriela says. 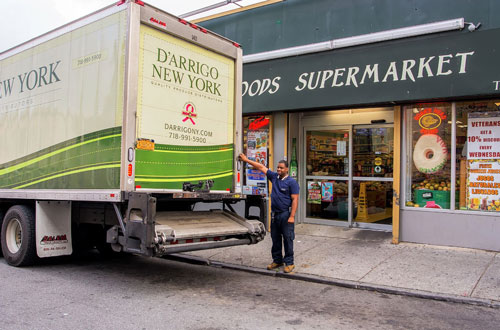 D’Arrigo is both revamping its currently occupied locations and giving the new facility an exciting boost. To tie all of the happenings together, Gabriela teases that a rebrand for the banana facility is in the works.

“These renovations give us an additional 25,000- to 30,000-square-feet, which in Hunts Point, which is like gold,” she laughs. “We will be done by the beginning of June. The final stage of the construction will be coming up this fall—when we will debut all new sales booths. With this construction happening, we want to become more efficient and up-to-date with the times. Now we need to build for the next generation.”

Once all of the construction is done, the next stop in the company’s pursuit of furthering its growth, Gabriela explains. 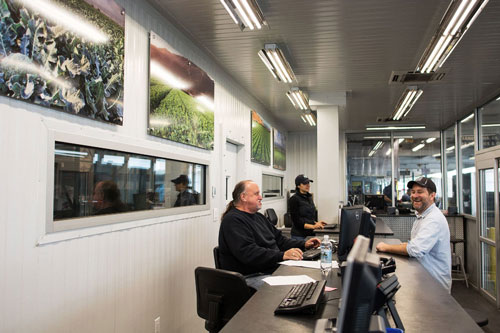 “While we have been waiting for the city of New York to invest in the needs of the market, we have decided to invest in ourselves at this this point. With that construction and facelift, we have also started a rebrand for the D’Arrigo New York brand. We’ll have the unveiling in the coming months. The same family, just new generation attitude coming up with the rebrand,” she shares with me. “It’s making it relevant to today and continuing to make sure that it is relevant for the next 10 years and more. We’ll probably do it all over again.”

The fearless and aspirational leader shows that there is nothing this brand can’t take on, and her remarks make me wonder what successes the company will enjoy with these ventures as it reaches new heights—and new categories.