CHICAGO, IL - Hazel Technologies has taken another leap in its quest to become a cutting-edge, industry-leading agricultural tech company, recently announcing a whopping $13 million in Series B funding. This brings the company’s cumulative total raised to $17.8 million. This Series B round was led by Pangea Ventures, a leader in advanced materials venture capital, and s2G Ventures, a Chicago-based firm with investments across the food supply chain. According to Aidan Mouat, CEO, this round of funding will be a significant launchpad for the company. 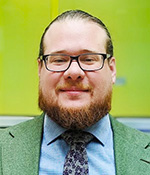 “We've got a pretty sweet blend of impact-focused capital that I think really recognizes the potential that our technology has to transform the world for the better, and then we've also got some of those premier, very strong venture capital groups that have deep ties and lots of business experience and exit experience with the ag tech space,” he commented. “It's that combination of scientific and technical expertise combined with a great deal of venture, enthusiasm, and confidence, and then finally the power of that impact play that really put Hazel in a unique position to help change the world.”

According to a press release, the oversubscribed Series B round also attracted new investors, including The Grantham Foundation and Asahi Kasei Ventures, who will be joining returning investors, including Rhapsody Venture Partners, Serra Ventures, Valley Oak Investments, Climate Impact Capital, ImpactAssets, and others. 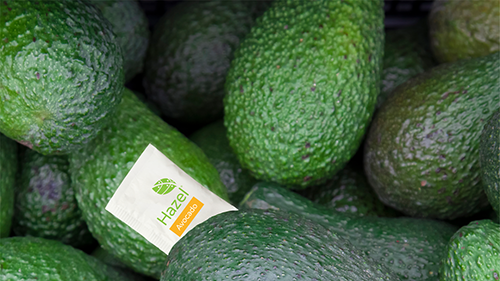 Hazel Technologies plans to use the new funding to expand its rapidly growing business, including team size—which already increased by 60 percent in this year alone. Mouat expects the team to double in size by the end of 2019, enriching the company’s already diverse pool of talent. Hazel Technologies also intends to use the funding to launch new technologies and continue the growth of its main product line.

“This new financing brings in resources, both financial and strategic, that will grow Hazel from its current early commercial stage to a profitable, world-leading provider of shelf-life extension products,” said Mouat. “We’ve delivered a solution that works both economically and environmentally, increasing efficiencies across the entire supply chain, and now we are able to roll these out to address food spoilage in multi-billion dollar markets internationally.” 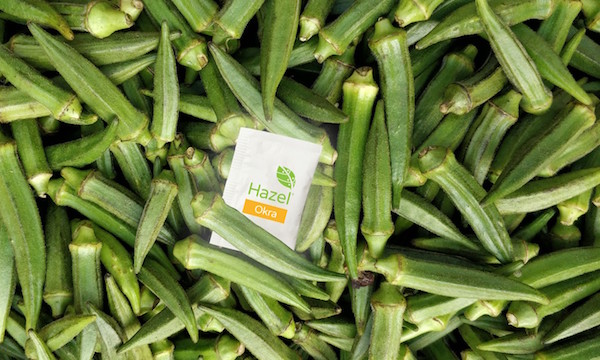 Since 2015, Hazel Technologies has focused on products and solutions that reduce spoilage during produce shipping, allowing the company’s customers to reap larger profits for existing shipments and open access to entirely new geographic markets. The company’s core technologies revolves around packaging inserts called sachets that release active, shelf-life enhancing vapor. The sachets are placed in boxes of bulk produce by growers at harvest, and extends the shelf-life of produce by up to three times, slowing aging in fruits and veg while preventing fungus or decay.

Hazel Technologies has already signed deals and endorsements from several big-name produce industry mainstays, including Mission Avocado and Frieda’s Specialty Produce. The company also has an eye on its impact in the retail space and its direct link to consumers. 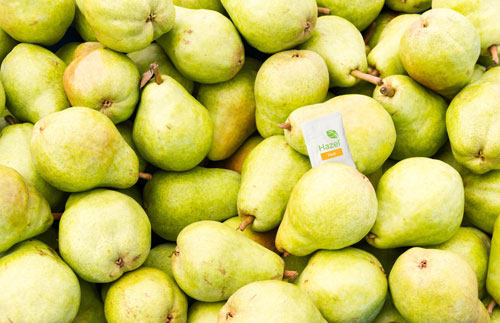 “We're engaged in conversations with retailers already, and retailers are starting to realize that the Hazel brand is valuable for their customers,” Mouat said. “You're going to start to see more visibility on what Hazel has done in terms of protecting and improving consumer quality. We need to get to the point where a consumer can look at a box of produce and see our logo on it, and realize that it's going to be the highest quality produce in that entire grocery store, and that it's the one they want to buy.”

With this new round of funding in its back pocket, Hazel Technologies is poised for extensive growth, and Mouat has teased the ambitious plans that the company has in the works.

“We've already been active in quite a number of other countries, but we're looking forward to developing full scale sales in more than a dozen countries in the U.S., North America, South America, Africa, and the EU as well, with more expansion plans,” he said. “You're going to see full scale commercial activity developing in all across North and South America in the next 18 months. We'll be selling rapidly to all of these territories. I think you're going to see Hazel in three or four new markets as well.”