IFCO Supports Food Banks Around the World with Donations of Over 200,000 RPCs

PULLACH, GERMANY - IFCO Systems continues to uphold its initiative to supports food banks throughout the world, having donated a total of 200,000 RPCs (Reusable Plastic Containers) since its inception.

“In many countries of the world, the food banks make an excellent contribution to supply food to people in need,” Wolfgang Orgeldinger, CEO of the IFCO Systems Group, said in a press release. “In addition, with their work they help to avoid that good foodstuff is wasted, ending up in the garbage bin.”

Food banks all over received ample support in 2015 from IFCO’s many divisions, having provided RPCs for the collection and distribution of food, as well as voluntary work by IFCO employees and co-financing refrigerated vans, all on a free-of-charge basis. 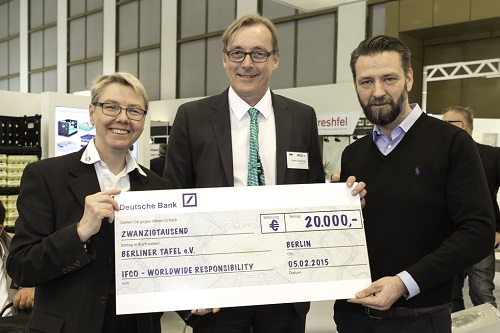 “We strongly believe in the food bank activities, and our products and services can be used by the food banks in an optimal way, helping them with their work. We therefore concentrate all our social activities on the food banks and globally support them in all countries where we are active,” Orgeldinger said.

Different IFCO division in several different countries did their part to support food banks in their areas:

20 more food banks were added to those already supported by the company, with RPCs helping to organize food bank processes, as well as reduce or even avoid costs. Cooperation with the Bundesverband Deutsche Tafel e.V. (Federal Association of German Food Banks) also resulted in four new refrigerated vans. 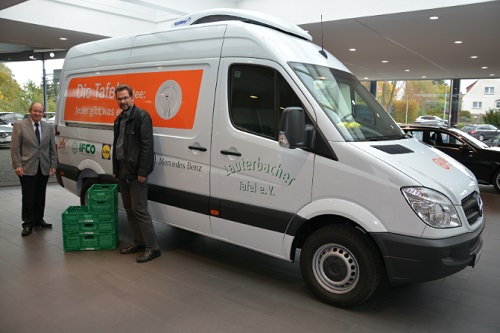 A new refrigerated van was also co-financed and delivered to the General Manager of the Viennese food bank, Dr. Alexandra Gruber in Australia in October of 2015.

Regular donations of RPCs supported the Banque Alimentaire, including helping with its annual national campaign in big supermarkets to collect donated food. Humanitarian organizations or charities then distribute that food to people in need.

Financed food vouchers to support the Banco Alimentare give to those who needed them. IFCO Italy added that this donation was made possible by customers who accepted to receive their Christmas greetings by email instead of printed cards.

Customers were also invited to make donations to the Banco Alimentare themselves.

With the objective of increasing the use of RPCs in their network, IFCO UK intensified its cooperation with the Trussell Trust in 2015. 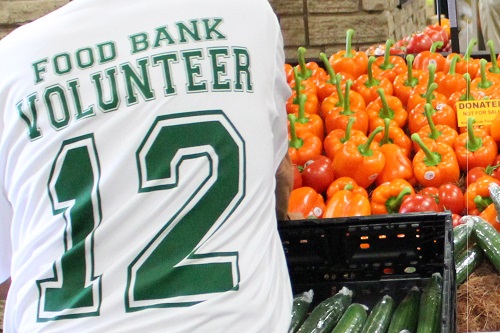 This brings the total of RPC’s donated since the beginning of this particular cooperation to 40,000.

IFCO UK also supports the Trust in a number of other avenues, including its long-time program for the financing of refrigerated vans for food banks, participating in the yearly Christmas basket campaign of the Tower Hamlets Foodbank, and helping with the preparation and distribution of Christmas baskets to people in need.

Supported food banks located in Madrid, Huelva, and Asturias with donations of RPCs.

Upheld its regular support for the Ong Banco de Alimentos in South America, where it donated upwards of 650 RPCs.

Continued to uphold its support of food banks in the form of RPCs, with money and donations in kind.

“From our point of view, the work of the food banks is a very important contribution to support people in need all over the world,” Orgeldinger said.

The CEO concluded with the promise that IFCO will therefore continue its successful cooperation with the food banks throughout 2016.