WENATCHEE, WA – One of the top branded apples on the U.S. market, Jazz™, has been growing steadily, climbing to become the 10th best-selling variety overall in the nation’s supermarkets. And a key part of this retail performance is driven by surging sales in the months of April and May.

“The scan data documents that the eight-week period from early April to late May are among the strongest of the entire domestic season,” said Steve Lutz, Senior Strategist, in a company press release. “With supplies of many branded apples dwindling, this is the time when savvy merchandisers energize their apple category with Jazz.”

According to Lutz, April and May are two of the strongest sales months of the season for U.S.-grown Jazz apples, and he notes that the apple’s success during these months is likely a result of the quality characteristics of Jazz as well as fewer competitive apples on supermarket shelves during this period.

“Jazz is a crisp, flavorful apple that stands up well in storage as well as on retail shelves once the weather warms in the spring. Repeat purchases are driven by a quality eating experience and we know Jazz consistently delivers for consumers,” added Lutz. 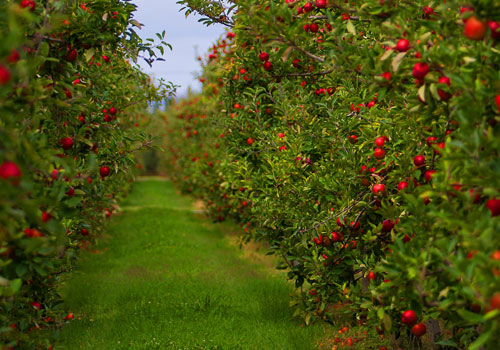 Lutz noted that Nielsen scan data from the last two years shows that retail distribution of Jazz began to decline at the exact time sales jumped.

“In spring months, retailers begin to consolidate their apple offering,” Lutz said. “Unfortunately, some retailers unknowingly back off on Jazz at a time when sales actually accelerate. Over the past two seasons, U.S. Jazz peaked in late April and May, both in terms of total sales as well as ACV sales per point of distribution. In short, stores that got behind Jazz in April and May scored big, while those that backed off or discontinued Jazz probably had no idea they missed a significant sales opportunity.“

“At CMI, our Jazz inventories are in great shape for spring promotions. Retailers can plan on hitting records for the period,” said Robb Myers, Director of Domestic Sales, who also noted that Jazz supplies for Spring promotions are very strong.

“If the scan data teaches us anything about successful retailing of branded apples, it’s the importance of hitting these top seasonal opportunity windows,” said Lutz. “Right now is the prime time to jump on Jazz.”

Lutz noted that, based on scan data from previous seasons, there is still a lot of room to grow Jazz sales this Spring. In past years, Lutz said, years approximately 10,000 stores carried Jazz apples during the season—meaning that at least half of supermarkets have yet to capitalize on the opportunity the apples can provide.

For more on this and other exceptional offerings in the produce industry, stay tuned to AndNowUKnow.