CINCINNATI, OH - At Kroger's annual investor conference held on Wednesday, October 30th, 2014, CFO Mike Schlotman revealed that the retailer was exploring “new frontiers” for expansion. While he did say that Kroger is not yet sure exactly when this will happen, he was confident that the future will see stores popping up in new geographic areas.

"We do know where we want to go," he shared. "We just want to make sure the time is right."

While Kroger boasts an incredibly impressive 2,600 store base nationwide, it still lacks a serious presence in Florida, Chicago, the Northeast, upper Midwest and Oklahoma, according to the Phoenix Business Journal. Any of these locations could potentially be targets for new stores.

In addition to this expansion plan, Kroger shared that it is continually working to improve the performance of its existing store base. While these might seem like surprising words from a company that has posted 43 straight quarters of same-store sales growth, this attitude of improvement is deep-seated in the company's culture. 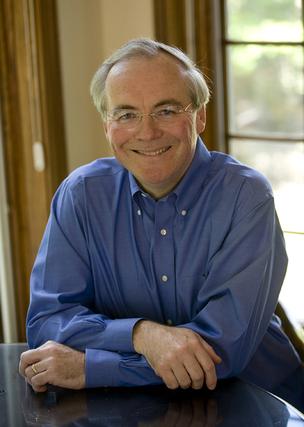 "Our to-do list is actually longer than our accomplished list," CEO Rodney McMullen shared, revealing the kind of corporate mindset that has played a large part in establishing Kroger as the industry leader it is today. "I was told we don't spend enough time celebrating our accomplishments, so I doubled it from one minute to two minutes."

Kroger will also be working to expand its online presence, both through the online “click-and-collect” service it is preparing to debut in Cincinnati, as well as through the platform it acquired from its $280 million acquisition of Vitacost earlier this year.

"It's a way to serve customers at their doorstep,” Kevin Dougherty, VP of Digital and Vitacost, shared. “While we view it as an important business in its own right, it's also a platform for expansion in many other ways. We intend to service customers how and when they want."

Amazon is shaping up to be one of Kroger's most important competitors in this market, yet Dougherty shared that the company is not overly concerned by the competition.

"We're not fixated by it,” he said in the Phoenix Business Journal. "A decade ago, we decided we have to play our game and focus on our strengths. They may succeed, but what we do has worked for decades, and I'd want to bet on that being sustainable."

“We don't look at it so much in terms of one competitor,” McMullen elaborated during an interview with CNBC's Sara Eisen when asked about how the retailer thrives in the very competitive retail landscape. “It's really trying to understand from our insights, what does a customer want and how do we deliver against that desire and do it better than our competitors.”

The question of the day, is where Kroger will spring up next. To find out, make sure to stay tuned to AndNowUKnow as we bring you the latest retail news as it develops.