WATSONVILLE, CA – With a family farming pedigree that dates back to the 1800s, Lakeside Organic Gardens’ Owner and Founder Dick Peixoto has farming in his blood. And as an early adopter of organic and one of the largest organic-only family farms in the country, the company that he has created has an impressive slate of accomplishments—and produce offerings. Boasting more than 45 organic vegetables, the company is a one-stop shop for many organic retailers up and down the California coast, throughout the United States and Western Canada.

I recently had the opportunity to speak with Dick about the company’s values, its vision, and the pioneering work Dick and his team have done in the organic category. 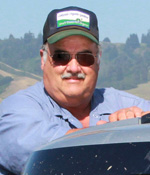 “I started farming conventionally when I was in high school—on my own—on forty acres in the Pajaro Valley, growing beans, cucumbers, and squash—and just basically built that up over the course of the next twenty years to be one of the largest lettuce growers in that area,” Dick told me.

After becoming frustrated with the limitations of being a conventional grower in the mid-90s, Dick made the forward-thinking decision to enter shipping and to begin investing in organic operations.

“Our margins were shrinking, and it seemed like the shippers were getting a bigger piece of the pie and growers were getting the smaller piece,” Dick explained. “So, I started looking at the future, where I thought the industry would grow, and everything that I looked at seemed to be pointing at organic.” 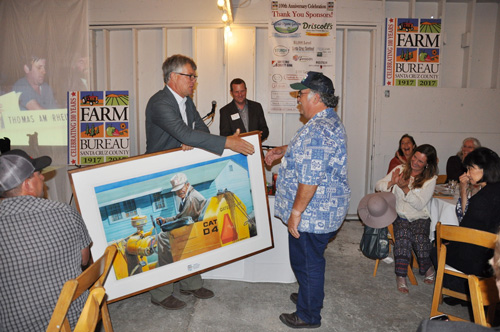 In 1996, Dick founded what was then known as Lakeside Organics—on a 50-acre plot dwarfed by his preexisting 2,500-acre conventional growing operation. And despite some initial hurdles, the company’s organic program would grow rapidly, quickly becoming the focal point of Dick’s family-owned and operated business.

“We dropped out of conventional within five years, and we’ve been farming organic ever since,” said Dick. “Now we have over 45 different items. We have grown from 50 acres to about 2500 acres growing organically and about 500 more in transition to organic.” 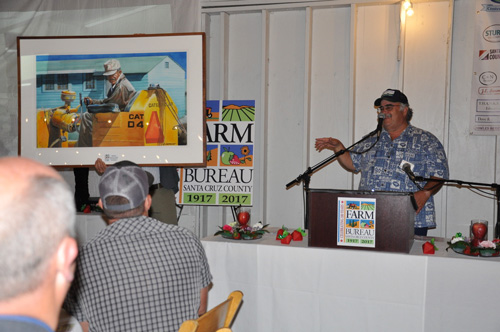 Dick explained to me that perhaps the biggest challenge the company faced, initially, was negotiating supply and demand; despite higher margins, the 1990s’ niche organics market meant it was easy to oversaturate the market.

“When we first started it was almost like we were ahead of the deal. We figured we would just grow it, and there would be people standing in line to buy organic,” Dick said. “As we got into it, we found out…the market wasn’t growing with us. Initially, we outpaced the market in our growth. In the first three or four years, it was kind of frustrating, because we were growing more than the market was able to absorb.”

But burgeoning demand would soon mean that Lakeside Organic Gardens was perfectly positioned to address its customers’ growing need for more organic supply. 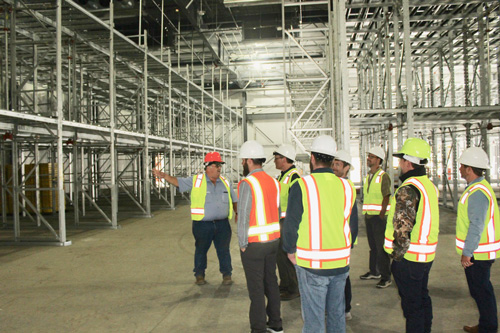 “About four or five years into it, we reached a point where more people were converting to organics,” noted Dick. “More and more companies were featuring organic. And at that point, there became a real shortage in the industry in terms of organic supply, and it became more popular and stayed that way for another ten or 12 years.”

After more than 20 years in the industry, Lakeside Organic Gardens is primed to provide retailers with more than two decades of organic growing experience and the expansive slate of offerings that consumers increasingly demand.

“A lot of the chain stores over the years thought they would get into organic with five to seven items and thought that would satisfy the need of organic buyers and keep those customers happy,” said Dick. “But I think they’ve come to the realization that customers don’t just buy seven organic items. And if they don’t have a full line of organic products, these customers basically walk out the store and go to a Whole Foods or a Sprouts Farmers Market where they can buy their crackers organic, their juice organic, and everything down the line.” 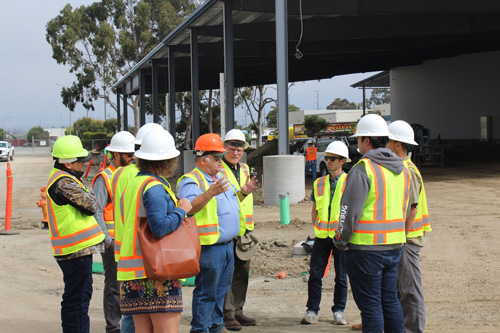 Now in its 21st year, the family-owned farm is primed to grow and meet even more consumers’ needs with a facility expansion in the works—a new cooler that will take the company’s cooling capacity from 17,000 square feet to 55,000 square feet of cold space in a nearly 100,000-square-foot facility. And the company is also in the process of developing a sustainable and organic learning center in the Pajaro Valley—designed to educate the next generation of organic farmers, and the public in general, about organic farming practices, where our food comes from, and how consumers and growers alike can positively impact the future of farming.

For more on all things produce, stay tuned to AndNowUKnow.