SAN QUINTÍN, BAJA CALIFORNIA and WATSONVILLE, CA – More than 1,600 members of the San Quintín community have received free access to healthcare thanks to BerryMex—one of Driscoll’s largest independent growers in Mexico—as part of the grower’s first Health Fair held in May.

Farmers also gathered to elect Fair Trade Committee members to represent them in the implementation of projects using $200,000 in funds generated during the first year of Driscoll’s growing Fair Trade Certified™ organic program.

“It’s powerful to witness the positive impact that our program in partnership with Fair Trade USA has on San Quintín thanks in large part to the passion and efforts of workers who make up the Committee,” said Soren Bjorn, President of Driscoll’s of the Americas, in a press release. “We recognize the importance of empowering farmworkers to lead initiatives like this to benefit their local communities.” 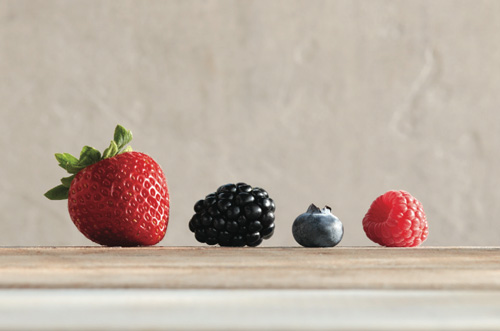 Through surveys and focus groups, the San Quintín Community’s Fair Trade Committee and Premium Participants identified three potential areas where projects would be most beneficial: health, education, and housing. The Health Fair involved more than 80 volunteers, 38 doctors, and 100 medical students from across Baja California. Participants convened at the Restaurante Misión Santa Isabel in San Quintín on May 6th and 7th to provide hundreds of medical exams to community members and their families.

Healthcare services provided during the Health Fair included pediatric, women’s health, dental, and optometry services. Additionally, more than 500 contact lenses, 1,200 toothbrushes and toothpastes, and dozens of education seminars were offered to community members at no cost.

This June, the same community benefited from a delivery of over 1,700 school supply packages ahead of the next school season. In an effort aimed at ameliorating the high cost of school supplies and reducing the number of children who drop out of school in the San Quintín community, the Fair Trade Committee worked with volunteers to deliver school supplies to children of BerryMex employees at the primary, secondary, and high school levels. Packages included notebooks, pencils, crayons, scissors, and other essential items, and were delivered to more than 250 families at no cost.

In its press release, Driscoll’s noted that the Fair Trade Certified program is just one of many initiatives Driscoll’s has implemented as part of its commitment to sustainable business practices. According to the company, Fair Trade USA standards complement Driscoll’s existing independent and comprehensive global Worker Welfare standards, which represent criteria that apply where local laws do not exist, are not consistently enforced, or provide inefficient worker protection.

Based upon the initial success of the Fair Trade Certified program, Driscoll’s noted that it is expanding efforts this year to include more independent growers, expand retail distribution, and increase sales of Fair Trade Certified to include organic blueberries and organic blackberries. In turn, more workers in Baja California will benefit from the program and receive additional funds for community improvement.