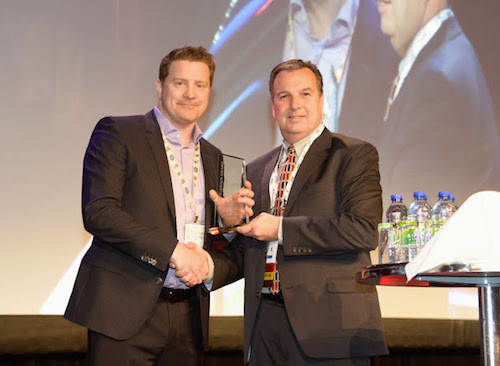 The Mary FitzGerald Award is given to those under the age of 40 working in Canadian produce, and focuses on generosity, innovation, and the demonstration of a passion for produce.

“Alviano is an ambassador for produce in Canada for his company and the Canadian produce industry overall,” Les Mallard, Canada Zone Manager for Chiquita and presenter of the award, said, according to a press release. “He has an incredible work-life balance and a unique passion for produce with his innovative spirit and entrepreneurial vision.”

Alviano lives in Toronto with his wife and two children, volunteering with school activities, coaching hockey, and supervising skating lessons. On the work side, he reportedly mentors Mann Packing Canada’s newly-hired District Manager Michael Sousa, who participated in the 2015 CPMA Passion for Produce program.