SALINAS, CA – As consumers continue to turn towards healthy foods with their spending habits, Mann Packing has unveiled a new product for one of its top tier lines. The company announced a new Kale Beet Blend™ addition to its line of veggie slaw blends. 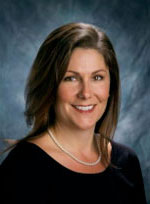 “We're thrilled to kick off 2017 with something that can help people stick to their New Year's resolutions to eat healthfully,” said Gina Nucci, Director of Corporate Marketing. “Our veggie slaw blends offer an assortment of uses, which we call out on our packaging. Consumers will love the versatility of this product.”

Made from 100 percent fresh vegetables, the new line is a colorful twist on the top sellers of the line, Power Blend and Broccoli Cole Slaw. According to a press release, the new selection will roll out on February 21 to produce departments throughout the U.S. and Canada.

The new blend combines the eye-popping and flavor-forward ingredients of:

The Kale Beet Blend is gluten-free, non-GMO, and all natural. Mann’s suggests that retailers can find increased sales from the blend’s diversity. The selection can be eaten on its own, or used to round out salads, smoothies, and other meals. 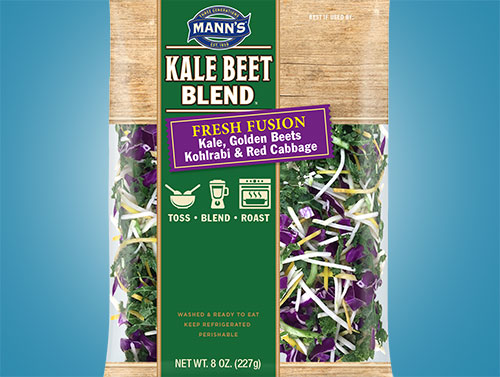 The company is further boosting the product launch with a several promotions. Mann’s will be releasing a new video for its Eating Green campaign, and a new Girlfriends Guide for Moms.

The complete line of veggie slaw blends can see a variety of uses by being prepared tossed, blended, or roasted. Consumers have been craving the entire line, which consists of the Kale Beet Blend, Broccoli Cole Slaw, Power Blend, and Rainbow.