GRAND RAPIDS, MI - The produce buyers on Meijer’s team have collected their insights from both behind the scenes and the front lines to bring us a list of the fruits and vegetables they can see jazzing up the traditional Thanksgiving offerings.

“Every good cook, from your grandmother to a Michelin-starred chef, knows it's never a good idea to spring a new dish on your guests during important meals like Thanksgiving. But what if you are dying to jazz up things a bit, yet still stay true to tradition?” the retailer said in a press release.

From gourds to greens, and everything in between, here are some of the things Meijers produce leaders suggest. 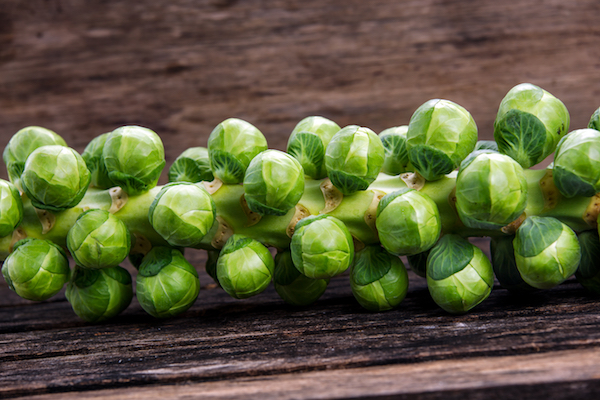 This year's crop come from California-based Ippolito Produce. Serving Brussels sprouts on the stalk is popular in the culinary world, Meijer noted, because it makes a great presentation and is a fun addition to a holiday table. Stalk Brussels sprouts roast nicely and come off the stalk with ease. 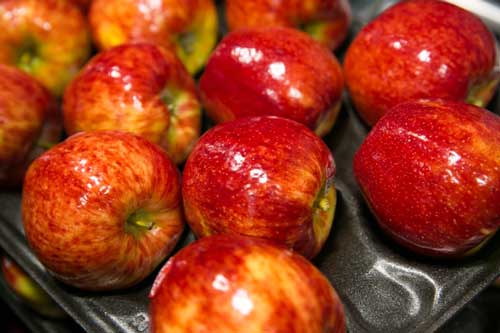 You might recall we recently reported on this new apple variety, and we’re stoked to see it is Meijer buyers' featured apple for November–part of the company's "branch out" program.

Extremely crisp and described having an intense burst of sweet and tart flavors, Meijer’s buyers suggest consumers poach, roast, or bake the Pazzazz apple to enhance its naturally sweet flavor.

Not only does the large size make it ideal for making stuffed apple preparations, but the retailer commented that it can be sliced to utilize the skin in showcasing its unique coloring. 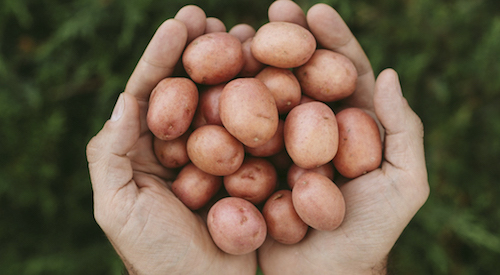 Described as a small potato variety that is thinned skinned, rich in flavor, nutritious, and easy to prepare, the retailer suggested a number of Thanksgiving creamer potato recipes for shoppers to try this holiday. Creamer Potato Producer, The Little Potato Company, recently opened a new processing facility in DeForest, Wisconsin. 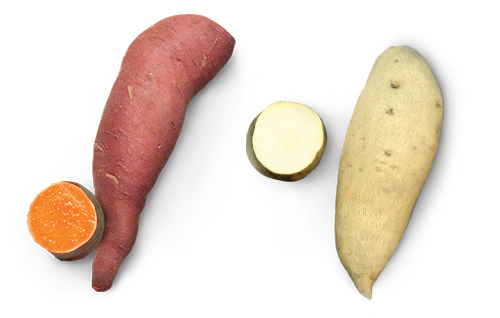 It’s no secret that, despite the semi-recent discovery of their versatility in day-to-day use, sweet potatoes are a Thanksgiving staple. Meijer produce buyers report that consumers are increasingly excited to try different varieties this Thanksgiving.

This year's buyer picks are the "Red Diane," regarded as an "heirloom" sweet potato, and "Bonita," a varietal favorite this season. A Red Diane has dark red skin and deep orange flesh, best used in recipes that call for mashed or grated sweet potatoes such as pies, cakes, and breads due to its high moisture content.

The Bonita, with tan skin and white flesh, has high sugar content and a nutty flavor. It is perfect for baking and frying. Red Diane and Bonita sweet potatoes come from Garcia Farms in California.

A cross between a pumpkin and butternut squash, described as being sweeter tasting than butternut squash, this spin to the guard family is less stringy and has a creamier texture. The Meijer team suggests consumers try substituting this squash variety into traditional dishes this Thanksgiving.

Cooking tip: Those who use this might want to reduce the sugar in the recipe to balance the flavor of this sweeter tasting variety.

Go to More for A Healthier You, and search "Thanksgiving" for new recipes for even more Thanksgiving and holiday inspirations to push produce into the spotlight this year and beyond.