SALINAS, CA - On the fresh produce runway, fashion is heating up. Others are clearly taking notice when awards are being handed out to our industry for visual arts in crop reports and logos. Such is the case as Moxxy Marketing celebrates not one but two awards bestowed on it by the Academy of Interactive and Visual Arts (AIVA).

The agency was awarded for both exceptional design of a logo developed for Berry People and outstanding work on the 2016 Monterey County (CA) Crop Report. 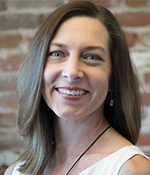 "Berry People wanted a logo that represents the owner’s philosophy that the business is not just about the berries, but more importantly, the people," said President and CEO Karen Nardozza of the process for the logo that won her team one of the titles. "The design our team created embodied that philosophy. For our team, it was a very gratifying example of creating a visual expression of a company’s mission and vision." 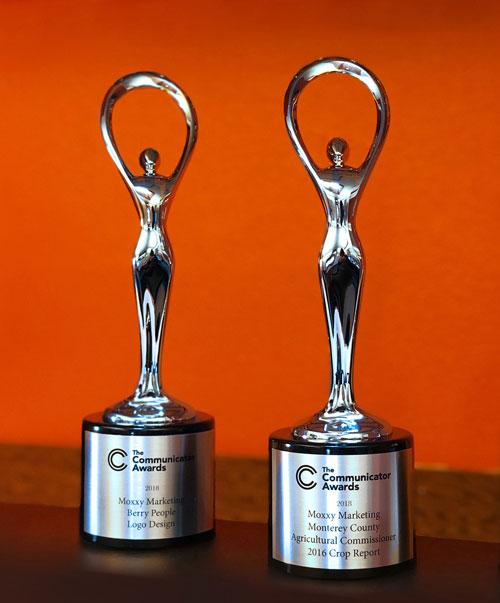 Moxxy’s work with Berry People included design of the award-winning logo as well as development of the company’s tagline, "Together, We Grow," and design of a brochure and tradeshow exhibit. According to a press release, the stylized berry is defined by dozens of circles, each symbolizing a person—consumer, retailer, farmer, business partner, etc.—and serves as a perfect metaphor for the company itself. The three-leafed calyx represents the company’s three founding partners and their stewardship of the Berry People community.

The Monterey County Crop Report, on the other hand, is an annual document required by the California Food & Agricultural Code.

"The goal for the 2016 Crop Report was to make the data-focused content not only informative, but engaging," said Molly Briseño, Vice President. "Our team adopted a fresh perspective on this type of traditionally dry official report and brought the content to life with easy-to-read tables combined with custom illustration, photography and infographics."

Typically, the report is 24-28 pages long and relies heavily on tables of numerical data, which I think we all understand can be challenging to present in a visually appealing way. It serves as a critical source of information for a wide range of readers such as:

Both are Awards of Distinction in Corporate Communications. The Communicator Awards are presented by AIVA, a 600+ member organization of visual arts professionals from various disciplines. The organization, which identifies as being dedicated to facilitating the exchange of new ideas, business models and trend information, represents a wide range of acclaimed media, advertising, and marketing firms.

Congratulations to the Moxxy team on this achievement!