HAMMONTON, NJ – As Naturipe Farms begins to harvest blueberries for its New Jersey season, the company’s grower Atlantic Blueberry Company has announced its inside look for the current season.

“This year’s harvest will include primary varieties Duke, Blue Crop, Elliot and Draper, with a few test blocks of new varieties,” explained Art Galletta, President of the Atlantic Blueberry Company’s blueberry operation. “We’re looking forward to the peak of the harvest to be in early July.”

The company said that it expects its production and volume out of New Jersey to be similar to last year’s, according to a recent press release. Atlantic Blueberry Company also recently upgraded its sorting equipment, and refurbished its coolers in preparation for this year’s big season.

“There are many great things on the horizon, from improved varieties, improved machinery, and product development. We focus on providing the consumer with the best possible experience we can. It’s a very exciting and challenging time for the trade, trying to make the right decisions that will help us through the next growth stage of the industry,” continued Galletta. 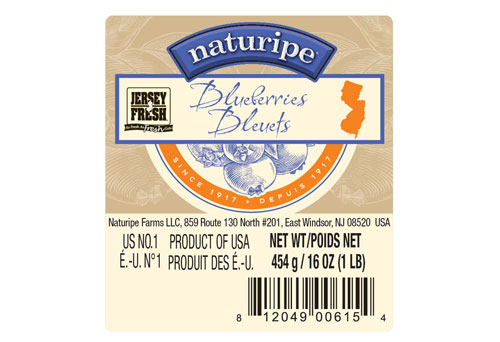 Naturipe is honoring its family of farmers and their respective growing areas by featuring a new locally grown package design on the blueberries, which clearly show which state they were grown in.

New Jersey soil is ideal for growing the berry, said Atlantic Blueberry Company, and its climate provides the right amount of dormancy. The company stated that blueberries were first cultivated on the state’s soil with pioneer Elizabeth White in 1916.

The Atlantic Blueberry Company was established in 1935 and is fully owned by the Galletta family. The operation upholds what it means to a be a local family farm, and also reaches beyond the local community. Galletta noted that the farm operates with second, third, and now fourth generation Galletta grandchildren to work on the farm. 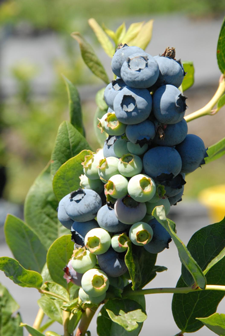 “We were taught to always get along with each other and to work hard. With this, good things happen,” said Galletta.

Duke Galletta, Art’s father, was honored by the USDA when the organization named the “Duke” blueberry variety after him because of his dedication towards the breeding program. Duke worked closely with the USDA to grow and evaluate the test trials of many varieties which the USDA bred.

“We love growing New Jersey blueberries and continuing our family traditions by being good stewards of the land, growing a nutritious food that is beautiful and delicious, and supporting our employee families and the community,” finished Galletta.