YUMA, AZ - JV Farms Organic Grower Israel Morales and his grandson, Christian Morales, Ranch Manager, look to ensure the future in present practices. The multi-generational growers, who joined forces with Vic Smith, CEO of JV Smith Companies, back in 2012, practice sustainability by endeavoring to give more than they take and cultivate what they are given. 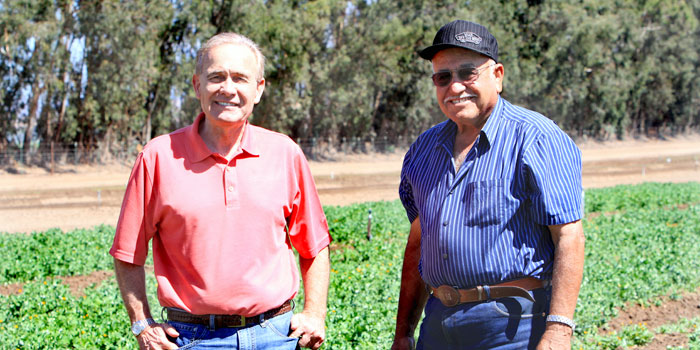 According to the company, it plants a cover crop during the winter, even adopting a program, to both add health to the soil by growing organic and “bank” the previous crop’s nitrogen (fertilizer) through the cold months until it’s needed the following Spring.

“Cover cropping is a long term investment in the soil,” Christian Morales states in a press release.

It’s also an investment in the water, keeping the nitrogen in place and reducing the chance of the winter rains washing it into rivers, streams, and groundwater. 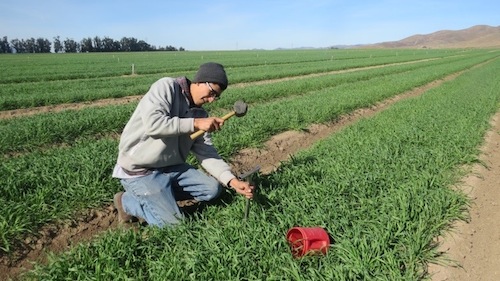 At each season’s end, JV Farms Organic’s team plants the cover crop after the previous has been harvested. Afterwards, they monitor the soil at different stages by taking Quick Nitrate Tests to measure the amount of nitrogen, mowing the grass when the plants have completely absorbed the nitrogen from the soil. According to the company, several tests later the remaining cover crop is disked into the soil, along with more compost, forming the beds back up and letting them sit until the next season. Though simple steps, JV Farms Organic says it’s the intuition, genuine concern for the grounds in which they work, and the effort to work with and connect to nature that makes it complex. 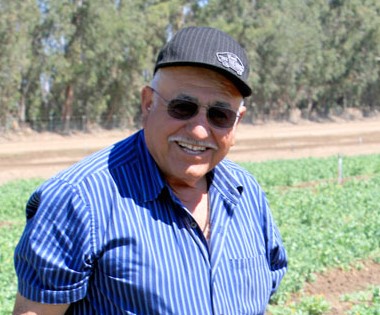 Israel and Christian Morales have taken other measures to give back as well, teaming up with Salinas-based Measure to Improve LLC, who seeks to help those in agriculture hone their sustainability efforts. 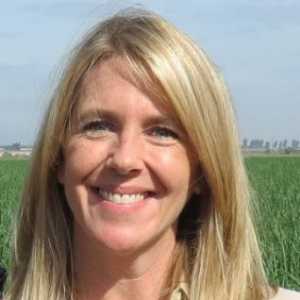 “Every time we visit the ranch, we are amazed by the commitment JV Farms Organic has to their sustainability program,” Nikki Rodoni, Founding Principal of Measure to Improve, said in the release. “Their forethought, experience, and passion for growing the best crop while not only leaving the smallest footprint, but taking it a step further and actually giving back more to the earth than they take, has just been phenomenal to watch.”

It is a passion traveling from one generation to the next, as Christian expressed both a love of partaking in growing and feeding many, as well as spending time with his grandfather.

“I feel privileged to learn from him and have this opportunity, I definitely don’t take this experience for granted and I am humbled by this wonderful opportunity,” he said. “I know how lucky I am and I know I need to give back by doing a good job--I want my grandfather to be proud of me.”

Growing in a way that gives back to the ground is a responsibility the two take seriously, according to the company, but also a love and passion that they share.

To find out more about the JV Farms Organic’s sustainability measures, go to their website at www.jvfarmsorganic.com.