OCEANSIDE, CA – Oppy is looking to enthrall consumers with vine-ripe tomatoes this season. The company announced that premium selections through its grower partner Oceanside Pole will see a boosted season this year, as the company has added 60 acres of Romas this year. 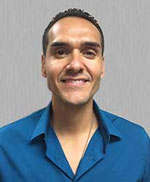 “Our challenge over the years has been not being able to cover all of our customers with our Romas,” said James Galindo, Senior Sales Representative for Oppy. “With the additional acreage it’s going to make it a lot easier to meet our retailer demand.”

The additional acreage will increase the company’s Roma production by 50 percent through West Coast Tomato Growers, owners of the Oceanside Pole tomato brand. This move, Oppy stated in a press release, was undergone to keep up with consumer demand.

According to Oppy’s Freshlook data, Romas dominated the tomato category in 2016, with almost 40 percent of all tomatos sold being Romas. This data noted that Romas grew in both volume and sales dollars in all regions of the U.S. last year.

Oppy also noted that between 2015 and 2016, vine-ripe rounds volume grew by 22 percent, with sales growing by 12 percent in California. With identical growth for the first quarter of 2017, Oceanside Pole is poised for a successful expansion.

“With so few vine-ripe growers left, retailers know they can expect a high-quality tomato from Oceanside,” Galindo adds. “Because they are pole grown, the taste alone is significantly different from gas green. Naturally ripened tomatoes have the flavor, shelf life, and quality other growing methods just can’t produce. They are so hearty; their walls are so thick, and their gels are at just the right levels—they travel really well.”

Harvest on Romas began end of June, and volume is expected to pick up by mid-July. Oceanside Pole, which has been farming in Oceanside, California, for over 75 years, will produce Romas and vine-ripes through the fall.

As we recently reported, this news comes after a successful season offering Brussels sprouts for the first time. Each new season is characterized by Galindo as “literally a Southern California tradition. There is no better way to describe it. For the Singh family, it’s a tradition.”

For all the latest in the current season, keep up with AndNowUKnow for announcements and updates.