POMPANO BEACH, FL - Asparagus spears my heart! This versatile vegetable blends harmoniously with anything sweet or savory and it is definitely one of my favorites. I spoke with Charlie Eagle, Vice President of Business Development for Southern Specialties, and asked him where the company currently stands on asparagus. 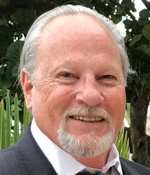 “Most recent production has been coming out of the Caborca region of Mexico and that's winding down,” remarked Charlie. “You have some short window of local production from California and Washington. For the most part, we get involved now with our production out of Peru which is entering their fall production. The fall season for Peru is typically April, May, and June.”

Volume this year is about the same in Peru, Charlie explained to me but Mexico is up about 5 to 10 percent.

“For us as a company, volume out of Mexico has increased year over year, every year since we’ve been involved in the deal,” said Charlie. “For volume out of Peru, we’re expecting a modest increase in volume.”

Southern Specialities grows green, white, and purple asparagus. The company offers both foodservice distributors in an 11 lb bulk and retailers also in an 11 lb bulk, as well as 28 lb bulk during the Mexican season. The company packages a variety of value-added asparagus presentations in the Southern Selects brand and private label packaging. These may run anywhere from 6 oz microwavable tips up to 2 lb club store pack. 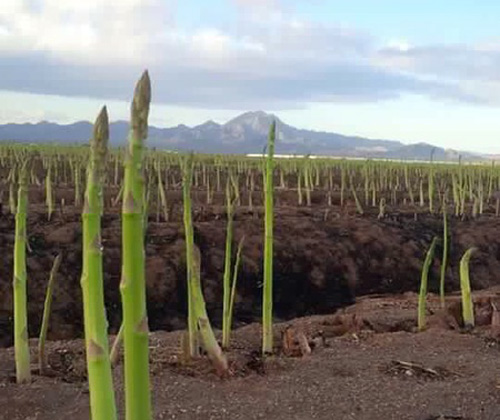 Due to Mexico rebounding from earlier weather-related issues, Charlie told me prices are on the low side. He said, for the most part, it's been typical for this time of year.

“I would say that the market for us this year has been robust,” he said. “As far as the Caborca deal ending in Peru and California starting, it gets a little loosey-goosey around this time of year.”

During the Peru season, where pull from Europe may affect available volumes for some companies, Charlie says Southern Specialties is not generally affected by this.

“95 percent of the fresh asparagus consumed in the country during the course of the year, is grown outside the U.S.,” he said. “It's important to realize that, because over the years, consumers have gotten used to 365 days supplies and demanded that they have produce items available to them year-round, companies like Southern Specialities have devoted significant resources to ensuring quality assurance and safety practices on those products that we import and distribute. It's important that people realize the infrastructure that we’ve created to bring consumers the best product.” 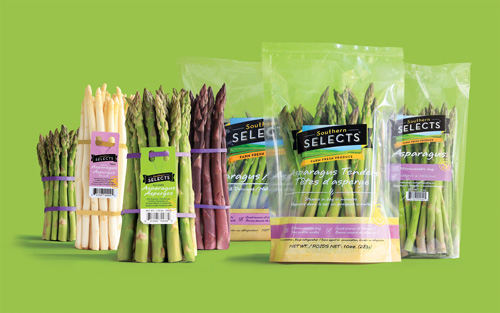 Southern Specialties has had good quality this season. Charlie said they have been fortunate to be shipping good quality during the course of the year, they haven’t had too many problems.

Charlie also noted that the company sources and distributes organic asparagus as well. The organic asparagus comes from Mexico and is seasonal. During the holiday season, such as Easter and Mother’s Day, Charlie said they find that white asparagus is kind of a “good go-to vegetable” for holiday celebrations with friends and family.

“We see an increased desire and some increased usage of white asparagus. It’s just an ingredient that makes holiday meals and family meals a little more special,” he concluded.

As we continue to keep you updated on key produce categories through the holiday season, keep checking in with AndNowUKnow.