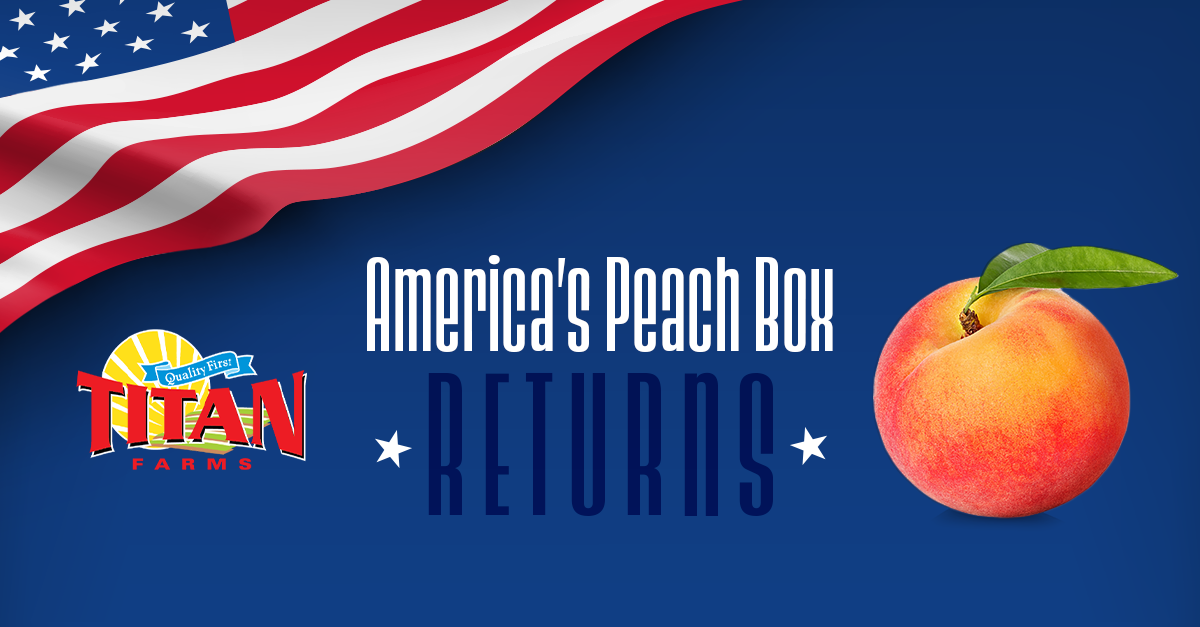 RIDGE SPRING, SC - In honor of Fourth of July, companies everywhere are allowing shoppers to show off their love for the U.S.A. with patriotic-themed offerings, so why should fresh produce be any different? That was Titan Farms’ thinking, as it is now shipping its popular America’s Peach Box decked out in the Stars and Stripes. 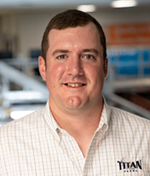 “Titan Farms felt a patriotic tribute box was the perfect way to celebrate the service men and women of our great nation as well as to piggyback off the excitement for Independence Day,” said Ross Williams, Vice President of Fresh Packing and Business Development. “With such great feedback from our customers in years past, we are thrilled to bring back this unique packaging. Retailers couldn’t get enough of ‘America’s Peach’ and built such large and luxurious displays, drawing people to the produce department in the peak of peach season.”

The boxes will be packed from June 22–July 9 and will be available nationwide while supplies last, a release explained. 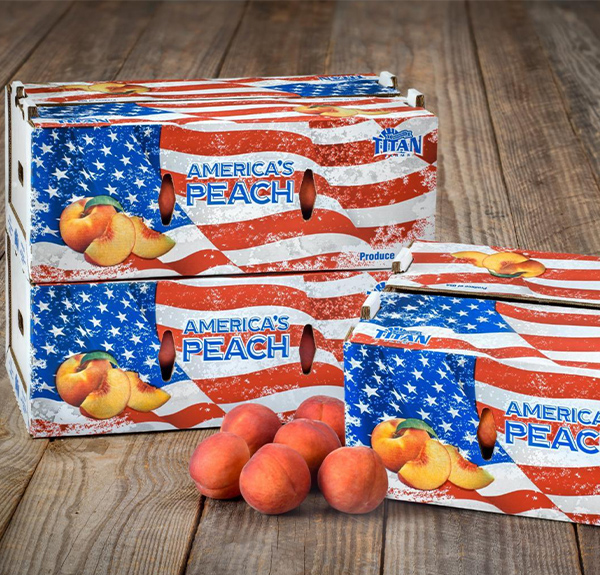 Based on the boxes’ eye-catching design, they are perfect for building large patriotic displays to grab extra shopper dollars during the weeks leading up to the holiday.

Those ordering traditional Titan Farms volume fill boxes will receive the America’s Peach box in its place, and those interested in placing orders can reach out to the grower’s sales team. 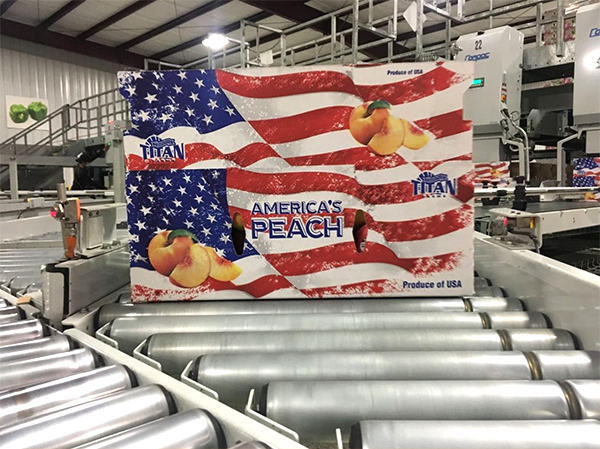 “Our peach is the true American peach, and it represents what America and summertime are all about,” added Williams. “What better way to tie it all together than with an American flag design and a robust social media campaign promoting Fourth of July recipes?”