IRVINE, CA – Urban Produce kicked off the grand opening of its first Southern California location this past week, and it is excited about the reception it has received so far from the industry. 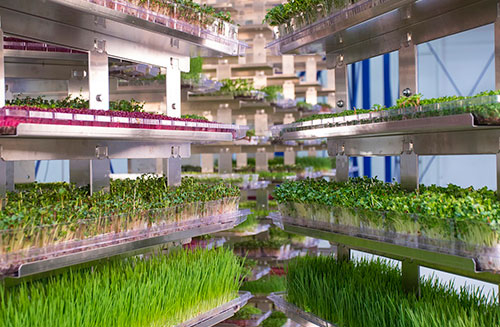 “We were blessed with the turn out,” said Ed Horton, President & CEO of Urban Produce. “The entire Urban Produce team has worked hard to get to this point and we are delighted to be able to celebrate such a special occasion with family and friends who have supported us throughout our journey. Urban Produce is proud to debut its patented High Density Vertical Growing System & excited to bring fresh organic, locally grown produce to Irvine and urban cities nationwide. ”

Center stage throughout the grand opening was Urban Produce's patented High Density Vertical Growing System, which the company is marketing as a sustainable alternative to traditional agriculture. By using advanced hydroponic technologies in a controlled, state of the art greenhouse environment that balances important elements like light and air distribution, Urban Produce is able to both increase growing efficiency and cut production costs. 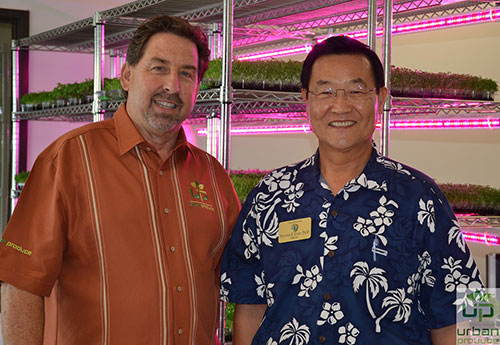 Frankly, the vertically stacked produce shelves are quite a sight to see themselves. Check out this inside look into Urban Produce's High Density Vertical Growing System!

Among the attendees at the Irvine location grand opening celebration was former California Secretary of Agriculture AG Kawamura and Mayor Steven Choi. According to a press release, the guests raved about the “old west” theme Urban Produce planned for the night.

Urban Produce says that its mission is to bring fresh organic, locally grown, produce to the consumers and growth and employment opportunities to the local communities it partners with.

Urban Produce intends to build 100 urban farms throughout the United States and internationally within the next 3-5 years.