CORONA, CA – Receiving a nomination from the city of Corona, CA, itself, Veg-Fresh Farms has been honored as an entrepreneurial leader in the area by the Inland Empire Center for Entrepreneurship (IECE). On November 15, the company took home the 2016 Spirit of the Entrepreneur Award in the Family Business Category.

“In our almost three decades of business, our offices have been in Los Angeles County, Orange County, and now, Riverside County. Every location has been great to be in, but the Inland Empire truly feels like ‘home’ for Veg-Fresh Farms. We have felt so embraced by the City of Corona since moving here in 2014, and being nominated by them was such an honor,” said Mark Widder, Partner at Veg-Fresh Farms. “We enjoy being part of the community and will continue to be involved as much as we can.”

According to a press release, the Spirit of the Entrepreneur Award raises awareness of entrepreneurship in the Inland Empire region in Southern California and honors leaders of the sort in the surrounding area. The event was founded and presented by IECE at Cal State San Bernardino’s Jack H. Brown College of Business and Public Administration in a black-tie gala event. 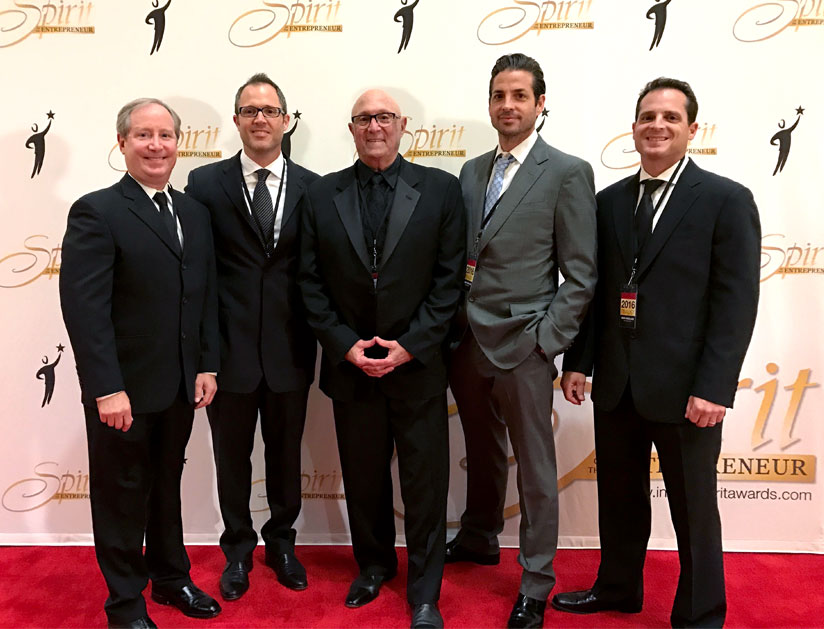 Veg-Fresh Farms was nominated by Corona in the Family Business category along with two other Corono-based companies, American National Manufacturing and ESL Power Systems, Inc. All company partners went up on stage together to accept the award.

“It felt like a great accomplishment. Being recognized by our peers for the effort we have put toward this business over the last 28 years feels fulfilling and very meaningful,” said Randy Cancellieri, Partner at Veg-Fresh Farms.

As the event helps to educate and encourage young entrepeneurs at Cal State San Bernardino, Veg-Fresh Farms also contributed to the sponsorship of MBA students entering the Jack H. Brown College of Business and Public Administration in 2017.

During the event, a moment of silence was held to acknowledge the passing of former Stater Bros. Executive Chairman Jack H. Brown, who the College of Business and Public Administration was named after this summer. The school was largely supported by Brown over the years through scholarships and donations.

As entrepreneurs and companies in our industry are recognized for their hardwork and forward-thinking practices, AndNowUKnow will have the latest.