THE NETHERLANDS - The Halloween season may be over, but the mischief it inspires lingers as authorities in The Netherlands made it known of not one, but two banana-related busts in the days leading up to last month’s holiday. A total of 1,550 kilograms of cocaine were confiscated in the incidents, according to NL Times; one shipment of Ecuadorian bananas on October 16th of 800 kilos and one on October 31st of 750 kilos.

The local estimated street value for these shipments, combined or separate, was not included in the report, and while both originated in Ecuador and were intended for the city of Vlissingen, authorities did not say if the two shipments were connected. 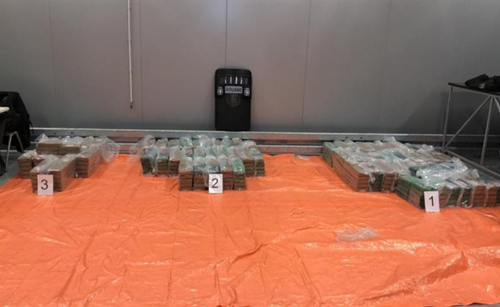 The latter container of bananas was destined for a company that the Prosecutor said, “had nothing to do with the smuggling." The Prosecutor did not say if the same company was intended for both shipments, but did assure the public that, in both instances, authorities do not believe the destination companies were involved in drug trafficking.

The contraband was discovered with canine assistance, as well as scanning. While the drugs in each instance were destroyed, no arrests were made in either case.

Nonetheless, these busts are invaluable in not just keeping these substances off the street, but hopefully discouraging smugglers from using precious perishable cargo from our industry to do their dirty work. How’s that for one more trick-or-treat?