BRONX, NY – D’Arrigo Brothers of New York is giving back, building ties in its community, and investing in the future of fresh produce. The company recently invested $15,000 in Hyde Leadership Charter School and its Valedictorian Kenda Flores-Garcia—an immigrant and full-tuition scholarship recipient heading to the University of Rochester. 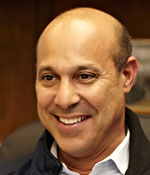 “It is vital that the Bronx business community support the efforts of these educators to provide students with an opportunity to succeed in school and in life,” said Matthew D’Arrigo, CEO. D’Arrigo Brothers and others have stepped in and are making significant investments to bolster the school’s programs.

“I’m excited to be moving on to this next step in my life,” Kenda said, in a quote from the company’s press release. “A lot of times immigrants, like me, hardworking people, they get stuck. They encounter too many barriers that cannot be overcome. Hyde takes a one-on-one approach with students, and the kids and teachers here know one another on a deep level. In my neighborhood, life can sometimes feel uncertain and hopeless, but Hyde creates an atmosphere that pushes people forward, even if they resist. This school has changed my life.” 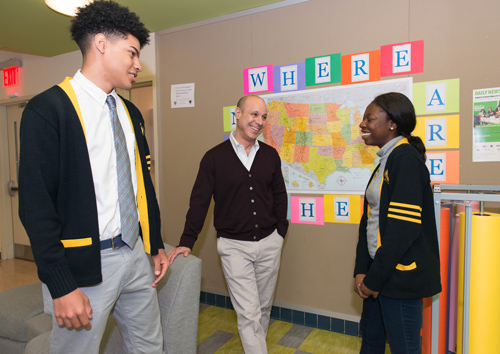 The press release noted that when Kenda arrived in the South Bronx as a seven-year-old immigrant from Mexico, she spoke no English; now she is poised to study Chemical Engineering at one of America’s top-ranked universities this fall. Hyde Leadership Charter School has supported students like Kenda since opening in 2006, but as a charter school in New York, the school less funding per student than traditional public schools do.

“Matthew is a philanthropic leader in Hunts Point, and his year-over-year support has enabled Hyde to offer the top-tier programs and resources our children need to thrive,” noted Tom Sturtevant, Executive Director of Hyde. “Through our partnership with D’Arrigo and other Hunts Point organizations, Hyde Leadership Charter School is now nationally recognized for its excellence, and our students’ stories, like Kenda’s, attest to the power of Family-Based Character Education.” 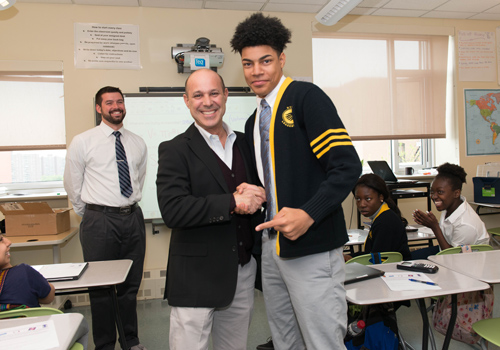 Kenda will graduate from Hyde as Valedictorian on June 24, 2017. In August, she will more to the University of Rochester some six hours away.

For more on those in our industry giving back to their community, stay tuned to AndNowUKnow.