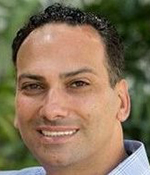 “I am thrilled to bring on such incredible talent like Phil to support our retail sales growth and strengthen our formidable sales organization,” said Tal Shoshan, Chief Executive Officer. “Phil brings a wealth of knowledge and expertise within the fresh, prepared food space and has developed long standing and meaningful customer relationships that reflect his strong professional reputation.” 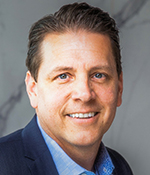 Abreo started his career in the biz as an Albertsons Store Manager. He brings to this new role over 19 years worth of experience in the food and beverage industry, most recently as Sales Director at True Food Innovations. According to a press release, he previously held senior level positions with Naked Juice, where he created one of the brands most successful variety pack products which propelled sales over $140 million. Abreo has also led account growth within the military, retail, convenience, and foodservice channels. He received an undergraduate degree from California State Polytechnic University, Pomona.

The press release also noted that the demand for the Simply Fresh salads, snacks, and fresh meals has grown tremendously, especially in the West where Phil’s focus will be. FiveStar has tripled its manufacturing footprint in recent years and will soon move into a $55 million new and expanded headquarters and production facility located in Rancho Cucamonga, California, which features a Culinary Innovation Center. 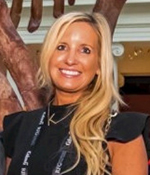 “Phil is such an incredible asset to the team. It truly is a testament to FiveStar’s commitment to grow the Simply Fresh brand in retail and I am confident that we will continue the rapid growth of these fresh, convenient and delicious products,” said Kristyn Lawson, FiveStar’s Senior Vice President of Sales.

For the latest in new hires, keep reading AndNowUKnow.