BET-DAGAN, ISR - Israeli scientists claim to have a found a way to prolong the shelf-life of bananas, by altering the fruit genes. According to Dr. Haya Friedman from Israel’s Volcani Institute, or the Agricultural Research Organization (ARO), altered bananas can stay fresh for at least double the time of unaltered bananas. 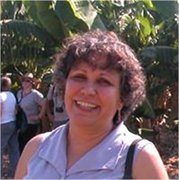 "Even though there are like 80 genes of the same family, we found the gene that can control, that controls the ripening and we were able to show that it's really similar to what is happening in tomato, we can delay the ripening," she said in a statement to Reuters. 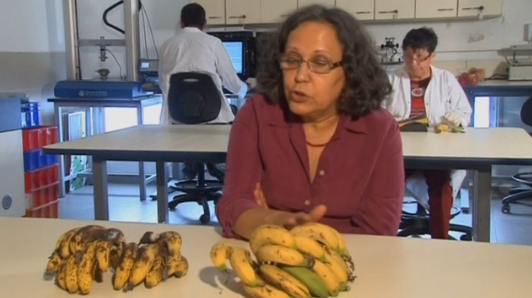 To demonstrate the research, Friedman presented two bunches of bananas, one bunch having undergone the alteration, and the other functioning as the unaltered control group.

"You can see here that these are bananas that we changed the expression of the gene and which now the ripening is delayed,” pointed out Friedman. “Where in control fruits the ripening is still developing as fast and normally. You have to understand that these fruits were picked more than a month ago.”

The ARO stated that according to its tests, genetic intervention did not alter the quality or taste of bananas. Friedman said that she hopes her work extends to farmers and wholesalers, and also be used in developing countries where proper nutrition is harder to achieve.

The Volcani Institute and ARO is a research arm of Israel’s Ministry of Agriculture which focuses on produce improvement, among other things. The ARO did not state whether or not its results had been duplicated or reviewed yet by other organizations or laboratories.

AndNowUKnow will continue to cover these experiements into banana alterations, and other research within the industry.