In upcoming weeks, a company press release noted, the company plans to add nearly 70 new positions to its corporate staff—including 50 new full-time IT positions at the company’s new facility in Grimes. The company noted that its new facility is intended to serve as a creativity center where those in IT and marketing will work together to develop future apps, programs and online content that will provide customers with more convenience and customer service, and showcase the company’s culinary expertise.

The remaining 20 positions will be added at the company’s Des Moines corporate office, where they will work to oversee future development and the expansion of the company’s Hy-Vee Market Grille restaurants and HealthMarkets, which provide organic, natural, gluten- and allergen-free foods. The company operates 103 Market Grille restaurants and 179 HealthMarkets across eight states.

Hy-Vee’s restructuring efforts are expected to impact approximately 60 existing corporate positions, with more than 50 of those affected being offered job reassignments within the company—including opportunities at the store level or the new positions being created. 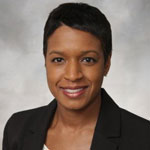 "At this time, the majority of the people whose positions are impacted will be reassigned to other positions within the company, including opportunities at retail," Tara Deering-Hansen, Group Vice President, Communications, told the Des Moines Register. "As we continue to evolve our services and product offerings, we will grow other areas within the company. Unfortunately, this means that other administrative departments within our company will no longer require as much staff as they once did."

For updates on the company’s restructuring efforts, stay tuned to AndNowUKnow.