LOXAHATCHEE, FL - Chris Erneston, fourth generation family member, has stepped down from his role as CEO of J&J Family of Farms after more than ten years in the position and more than 25 years with the company.

Lynn Rundle, Chairman of the Board, has assumed the additional role of CEO effective August 1st.

Speaking on Rundle's appointment, Erneston vouched for his ability as a leader and his broad knowledge of the business.

“Lynn has been active in our business since 2012 and has learned not only our inner workings – but our people and our values,” said Erneston. “I’m confident his leadership will continue to help J&J grow as a high quality produce provider.”

Erneston will maintain financial ownership in the business, along with a role on the board, and will provide general business consultation to J&J, according to a press release.

Rundle has founded and previously served as CEO of 21st Century Grain Processing, a specialty grain-based ingredient manufacturer. He was instrumental in leading the company for more than ten years until its successful sale in 2010. He has also created several other agribusinesses and acted as an entrepreneur, educator, leader, and executive for various producer associations.

“As a long-time advocate of the agriculture industry, it’s exciting to take the helm of a well-respected, multi-generation company like J&J,” said Rundle. “This is a dynamic time in the produce industry that shows promise for limitless opportunity – especially driven by such a qualified and dedicated team of employees and farmers.” 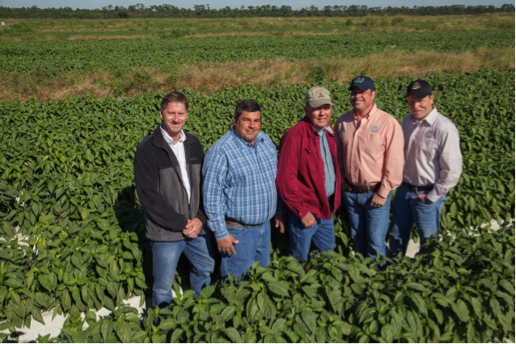 Rundle graduated from Kansas State University with B.S. and M.S. degrees in Agriculture Education. He has been recognized with a number of industry awards, including the Outstanding Young Alumnus Award in 1999 from Kansas State University’s College of Agriculture, Leader of the Year by KSU’s Huck Boyd Rural Development Institute in 2001, and elected to the Executive Committee of the North American Millers Association in 2008.

Rundle is relocating to the West Palm Beach area where he hopes to continue his work with Lead to Read, an organization he co-founded to support urban school children.