SALINAS, CA ­– With PMA Fresh Summit kicking off in a mere matter of days, Mann Packing has given attendees something additional to look forward to; the unveiling of new packaging for both its Nourish Bowls™ and Culinary Cuts® lines.

Mann’s award-winning Nourish Bowls have been named as a finalist for the PMA Impact Award: Excellence in Packaging. Since launching this April, the line has gained over 12,000 points of distribution, and is delivering strong margins and brisk velocity to retailers, according to a press release. 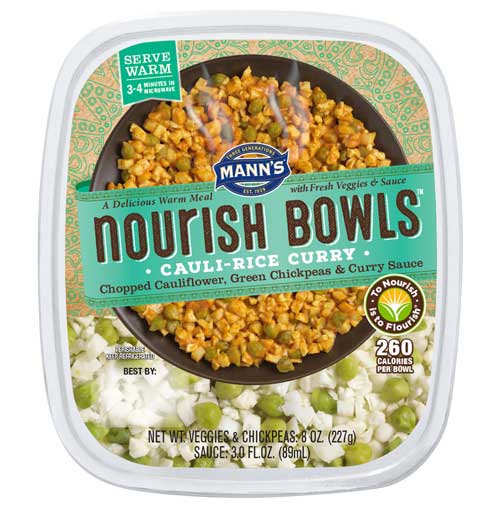 The Nourish Bowls capitalize on the consumer penchant for bowl-based meals with diverse and ethnic flavor profiles that are found in foodservice. Most recently added to the lineup is the company’s Cauli-Rice Curry Bowl, which mixes finely chopped cauliflower, chickpeas, and a savory vindaloo-style curry sauce.

The other notable offerings within the Nourish Bowl lineup are Smokehouse Brussels, Monterey Risotto, Sesame Sriracha, and Southwest Chipotle. 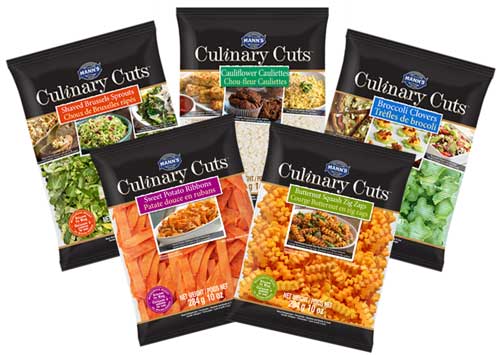 All five members of the product line launched in the U.S. and Canadian markets earlier this month. The designs, along with receipts, photos, and videos can all be seen online here. 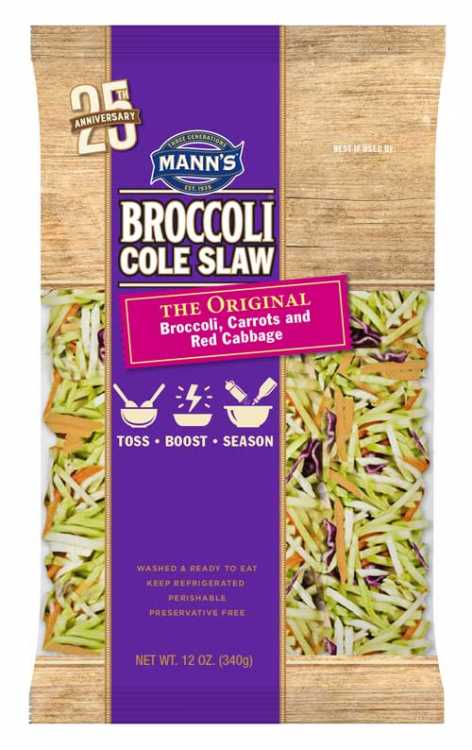 To further its PMA offerings in addition to these packaging revamps, Mann’s also redesigned its packaging for Broccoli Cole Slaw to better reflect the product’s 25th anniversary. The company noted that Power Blend and Rainbow Salad’s packaging were also redesigned to make a veggie slaw destination in the value-added produce section.

Mann’s emphasized that the celebratory anniversary theme is being passed through to consumers who cook with the products. Until the year’s end, consumers can commemorate Broccoli Cole Slaw with a Girlfriends Guide, boosted by trade ads, the new packaging, and the declaration of Broccoli Cole Slaw month (#BrocSlaw25) in September. 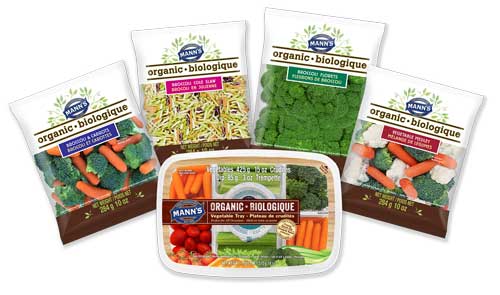 Furthermore, the company will be showcasing its full line of organic produce during PMA, including:

Mann Packing will offer anniversary cupcakes, a photo booth, and fun giveaways at next week’s event. Get a peek at all the Mann Packing selections next week at PMA Fresh Summit, booth #1029.

As the lead up to PMA picks up steam, stay with AndNowUKnow for new announcements. We'll see you there!