KETTLEMAN CITY, CA - Keenan Farms has revealed the new hire of Mitchell Keenan, son of President and CEO Robert Keenan. He will be joining the sales team and focusing on domestic and export sales. By joining the family-owned business, Mitchell ushers in the third generation of Keenans to work for Keenan Farms. The company was founded in 1972 by his grandfather Charles Keenan. 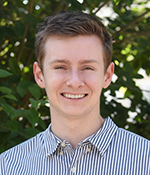 “I have been fortunate to be around this dynamic business all my life and I have to say, I knew early on pistachios were in my DNA,” Mitchell Keenan expressed.

According to the company’s press release, he graduated from Fresno State University with a degree in Agricultural Business in 2019.

Keenan Farms was one of the first commercial pistachio processors in California. In the $4 billion industry, it is one of the longest-running processors. 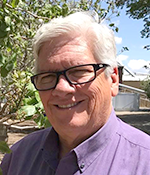 “It gives me great pleasure to welcome my son, Mitchell, to the Keenan Farms Team,” Robert Keenan said. “He has worked for us during the past few summers, gaining hands-on experience in various departments and an understanding of the overall operation. His focus will be on domestic and export sales.”

Congratulations to Mitchell Keenan from the AndNowUKnow team!