SOUTH SAN FRANCISCO - It’s a marriage made in ag-tech heaven! SoftBank Group Corp.-backed farming startup, Plenty Inc., has brought on Twitter’s former Chief Financial Officer, Mike Gupta. Filling the same role at Plenty as he did for Twitter, Gupta's hiring is in line with Plenty’s plans for international expansion and making improvements to its vertical growing technology, as reported by Bloomberg. 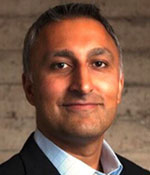 “It’s not new for me to be in hypergrowth companies that are entering uncharted territory," said Gupta in an interview. "This is a very capital intensive business so having someone who can think about how we raise and deploy capital in the long run will be very important.”

A veteran of the tech industry, Gupta spent about eight years in a variety of roles at Yahoo before serving as Treasurer at gaming company Zynga Inc., helping to lead the company’s initial public offering, according to Bloomberg. Gupta was key in helping Twitter go public in 2013, after which he left for a position at Docker Inc.

Plenty was founded in 2014 and boasts the ability to yield more produce in a given area than conventional farms, using only a fraction of the water. Bloomberg reports that the company’s backers include funds that invest on behalf of Jeff Bezos, CEO of Amazon, and Eric Schmidt, a Director of Alphabet Inc. With a previous $200 million investment from SoftBank and the company’s superior technology, Plenty hopes it will be able to spread its farms across the globe. 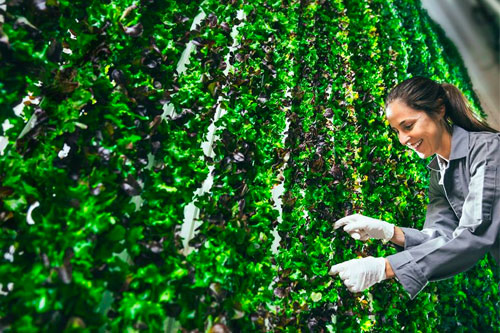 Gupta is not the first tech hire that Plenty has brought on. The company also has hired former Directory of Battery Technology, Kurt Kelty and former VP of Engineering, Nick Kalayjian, both from Tesla Inc.

Currently in the process of building a new version of its farms, called Tigris, Co-Founder and CEO of Plenty, Matt Barnard, said the new farm will be capable of producing over 40 times the amount of leafy greens that its current farms are able to grow, all while using less energy. Tigris is planned to roll out later this year.

With 200,000 square feet of indoor space in South San Francisco, the company uses only a small portion of the space for the produce it sells. Most of the facility’s space is used for research and development testing. The company has been selling its food online and in neighborhood grocery stores in the Bay Area since June 1, reported Bloomberg.

Plenty is in a somewhat precarious position, as many companies utilizing similar vertical farming tech proved economically unsustainable and shut down in recent years. As opposed to vertical farms that grow produce on parallel shelves, Plenty sprouts plants horizontally using tall columns. The company reports that its method allows it to more cheaply remove excess heat given off by LED grow lights and reduce energy required to deliver nutrients to the plants.

Currently the company is working on early-stage development in China and is also in discussions with partners and distributors in Abu Dhabi, Japan, and other regions.

Will this investment of tech industry leadership pay off for the farming startup? Keep reading AndNowUKnow for all the updates.