UNITED STATES - As the sun virtually sets on 2020’s United Fresh LIVE!, I think it is an understatement to say that we are all left with a renewed sense of faith in our industry. Our success knows no bounds, and the United Fresh Produce Association has only further proven this to be true. Take Proseal America, for example, a company that transformed its product offerings into trade show gold. To hear more about the innovator’s debut on the virtual show floor, I sat down with Kaitlin Wyatt​, Brand Supervisor. 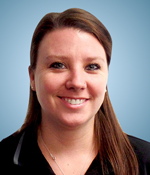 “The sales team at Proseal America enjoyed the virtual show and trying something brand new for the first time,” she told me. “If the booth traffic was quiet for a few minutes, we were able to walk the show floor to visit other booths or reconnect with existing customers. Previously, during an in-person event, it was much harder to get the opportunity to leave the booth. Convenience and savings on travel costs were also benefits as we were able to participate in the show directly from the office.”

To ensure the Proseal booth was always full of exciting and new content, in addition to new videos and marketing collateral that was updated each day, the company also held a live presentation daily during the Expo Power Hours. In doing so, Proseal took an innovative approach to encouraging visitors to come visit the booth for a more in depth look at what the team has to offer. 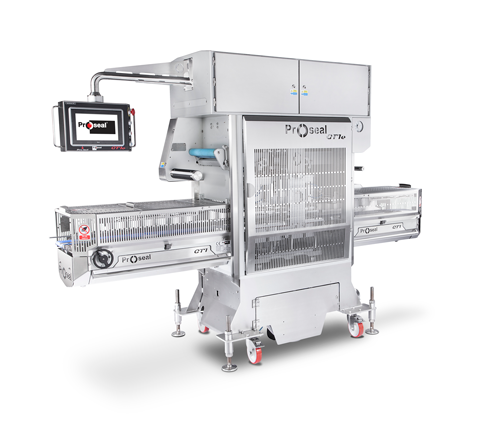 “On day one, we had a machine demo from one of our Sales Managers; on day two was a tour of our test kitchen facilities, including a demo of all the testing equipment; the third day included a portion of our heat seal masterclass showing Proseal’s tray sealing capabilities with different materials; and finally, on Thursday, we presented on how Proseal can help with sustainability needs,” explained Kaitlin. “Each of these drove traffic to the booth and attracted new customers that might not be familiar with Proseal equipment or capabilities.”

Proseal’s main goal at the booth this year was the same as if it has been at previous shows. The company wanted to make connections with potential new customers as well as converse with existing customers to maintain those strong relationships. Although it may have been a bit more difficult to keep track of visitors in the virtual setting, Proseal managed to meet and even exceed this goal.

“With this being the first time we have ever participated in a virtual show, I would say we had a very strong attendee response to our booth,” said Kaitlin. “We ended up with a total of 750 visitors over the course of the week-long show. Granted some were only in the booth for a matter of seconds, but it was still a strong figure that we are pleased with.”

As our conversation came to a close, Kaitlin divulged that she believes this might be the start of a new trade show trend. She noted that the virtual show is great in times like this where there are travel restrictions and companies are looking to save on expenses where they can. Additionally, like many of us, Proseal gave it up for United Fresh as the association found an alternative solution and gave it a shot.

“On behalf of Proseal, we just wanted to thank the United Fresh team for pulling together this new platform and trying something that had never been done before. It has opened our eyes and countless others to the potential that a virtual show can bring when an in person event is not feasible,” Kaitlin concluded. “We have learned a lot during this event, and look forward to connecting with all the new customers that came to the booth interested in starting their journey with Proseal equipment.”

Until the sun rises again on United Fresh’s beloved trade show, virtual or otherwise, stick with us here at ANUK.