DUBLIN, VA - Red Sun Farms welcomed more than 225 guests last week to celebrate the grand opening of its new state-of-the-art greenhouse in Dublin, Virginia. Attendees were joined by community leaders, retail partners, and local business owners as the Honorable Terry McAuliffe, Governor of the Commonwealth of Virginia, cut the ribbon and celebrated alongside the company’s ownership and team members. 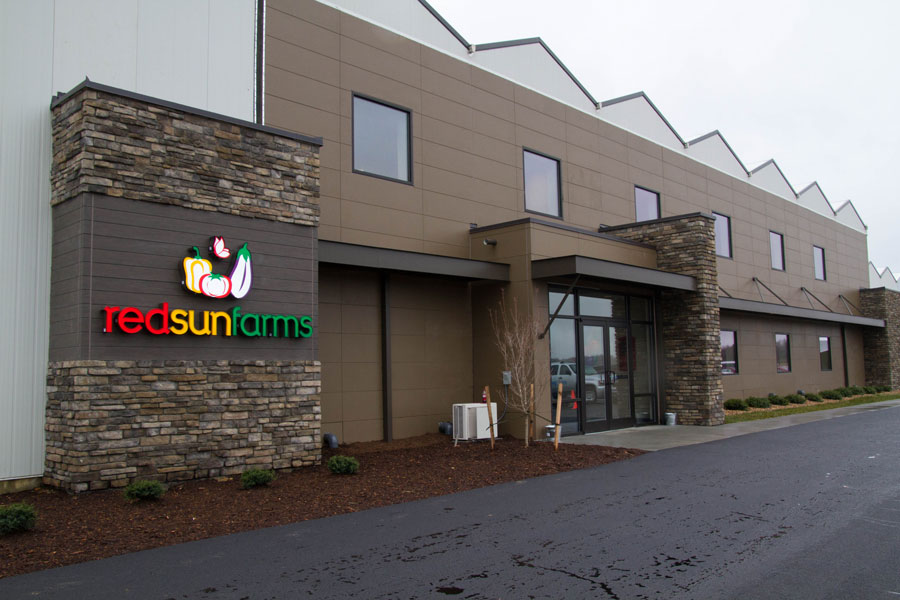 “I was so pleased with the event; it was wonderful to share this proud moment with the community of Dublin and the New River Valley, our retail partners, and state officials,” said Carlos Visconti, Red Sun’s COO. “Not only were we able to celebrate with our friends and partners, it was the perfect opportunity for guests to taste our produce grown in Virginia and grown in our greenhouse facilities in Canada and Mexico.” 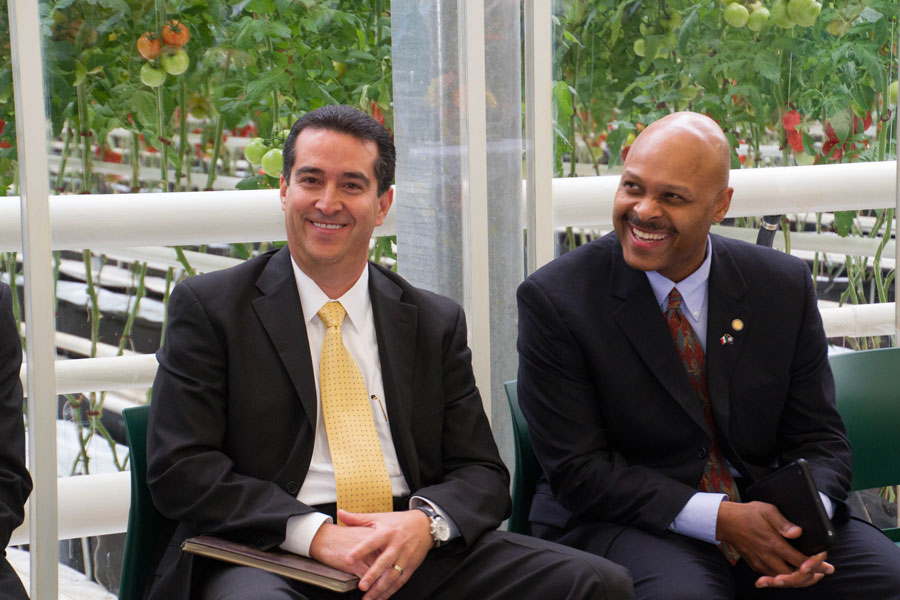 Bubbly champagne and Red Sun’s greenhouse grown vegetables were in abundance as guests feasted on delicacies such as Shallot Red Pepper Tarte Tatins, BLT Scallops, Grilled Shrimp with Tomato Brava Sauce, and Fried Green Tomato BLTs, according to a press release. An Heirloom Tomato Carving Station complete with a variety of cheese and finishing salts from around the globe also rounded off this culinary adventure.

During his opening remarks, Visconti recounted the company’s vision behind the Virginia project and its transition from dream to reality. “With today’s launch of Red Sun Farms Virginia, we will be the first and only company in our industry with food supply integration spanning all three NAFTA countries,” he announced. “With the addition of this facility, Red Sun Farms now operates over 430 acres of high-tech greenhouses. That equates to more than 122 million pounds per year of greenhouse vegetables in restaurants and dinner tables across North America.”

The Virginia project will span three phases for a total investment of over $40 million. The current first phase represents only 18 acres of production. Phase 2 will expand the operation by 12 additional acres, followed by phase 3’s additional 18 acres. Once complete, the three year project will create jobs for over 200 people and boast 48 acres of locally greenhouse-grown tomatoes, organic, and specialty lines of produce. Nearly a third of the greenhouse alone is dedicated to the production of organic tomatoes.

During the closing remarks, Jim DiMenna, President & CEO, said, “We are proud to commemorate the launch of our first U.S. production facility. This state-of the-art greenhouse is the first of its kind in North America with both conventional and organic production.”

At the event, Tom Stenzel congratulated Red Sun on its achievement, and reasserted his commitment to helping increase fresh produce consumption among children. “If you look at the definition of the word ‘innovation’ in the dictionary, you can have this picture,” he said. “Innovation and production of fresh fruits and vegetables, innovation in quality of fresh fruits and vegetables, and you’re going to see innovation in service to our local community throughout the commonwealth of Virginia, throughout the mid-Atlantic region, and increasingly throughout the United States.” 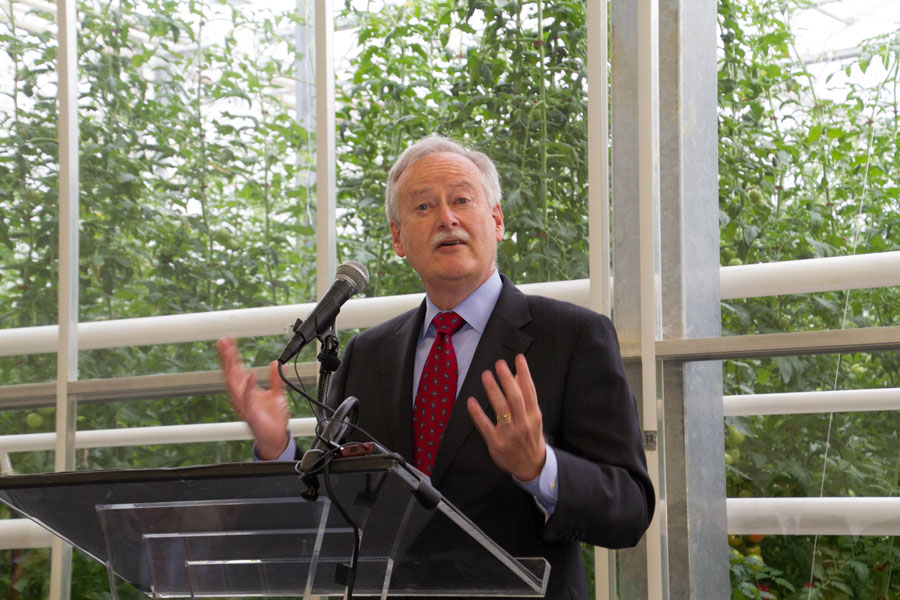 We look forward to seeing the future of this new greenhouse facility. Congratulations on this amazing accomplishment, Red Sun!