Southern Valley to Focus on Growth of Tennessee Farm

EVENSVILLE, TN - Southern Valley has announced some big changes in play for its eighth season in Tennessee, following a year of growth in acreage and storage.

“We have always had pristine crops in Tennessee. Soon we will also have larger facilities to cool and ship those crops,” said Director of Sales, Dug Schwalls, in a press release.

In the last year, the company has doubled its facility space in the state, increased its acreage, and is now installing additional loading docks and high-humidity forced air capacity.

“We’ve worked really hard to put a team together to pack, sell, and ship the product that the farm has worked so hard to grow. In Tennessee, the weather is cooler, the views are beautiful, and the crop is outstanding,” Dug commented. “We are really excited for the changes that have been made and will continue to be made for Southern Valley Tennessee to become an integral role in our farming operation.” 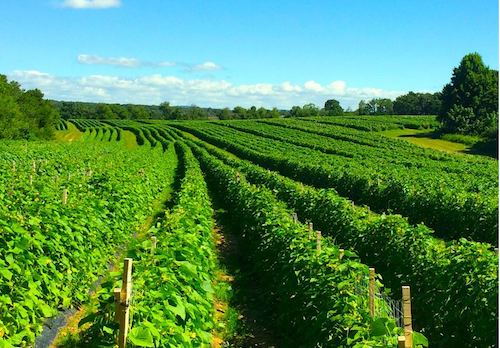 With excitement for the potential the Tennessee farm presents for the future, Dug added that he looks forward to the farm’s role in digging Southern Valley’s roots deeper into Tennessee soil.

It is a process in the making since 2009, when the company expanded into the state for the summer season and solidified its offer of year-round produce to its customers. Partnered with Henderson Farms, the company added that the move to Tennessee, and Yucatan. Mexico as well, have not been without its struggles, but a marked success of growth for Southern Valley.

Now owned by Wanda Hamilton-Tyler and her son, Kent Hamilton, Southern Valley is a female-owned and family-operated farming company that has grown from a four-man,100 acre farming effort in South Georgia in 1987 to three farms in Georgia, Mexico, and Tennessee.

With plenty in the works, the company looks to have much more growth on the horizon.