WENATCHEE, WA - The time has come where consumers will be doing their holiday shopping with children in tow as schools begin rolling out breaks and gap days, and few things seem to capture their attention like that of Stemilt Growers' Lil Snappers.

With upwards of 4,500 stores across the nation as of September carrying the brand that was a little more than a whisper just a few years ago, Stemilt’s Lil Snappers are making waves and quickly gaining traction within the retail sector. 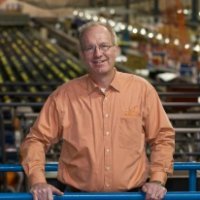 “In the past four or five years since introducing the brand, we’ve gone from nobody knowing what Lil Snappers were to everybody in the industry knowing,” Marketing Director Roger Pepperl tells me on the leaps and bounds the program has made. “We were the first to do pouch bag apples, now they are everywhere. Our competitors have now followed suit, but no one has gone after a brand specifically for the kids.”

And that, Stemilt is very sure, is where Lil Snappers will be able to help retailers reach millennial parents. 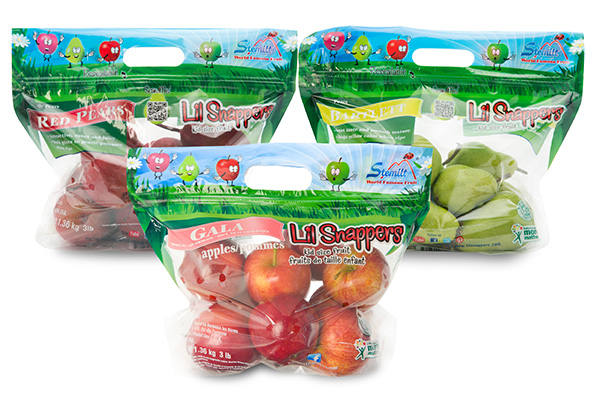 Lil Snappers pouch bags, which come approved by the PBH Foundation for its "More Matters" logo, contain compact apples, pears, and citrus that are especially easy and appealing to children, not only because of their size but because that’s already what the data shows they want.

As we reported previously, whole fruits like Stemilt’s Lil Snappers® kid-sized apples accounted for 53% of fruit intake for children, according to Pediatrics, a crucial tidbit as retailers continue to look for the key to breeding good fresh produce consumers for the present and future markets.

Likewise, the PBH Foundation reports that the increase in the last year of children across the board consuming fruits as is are mostly driven by apples and oranges, as well as bananas and berries. 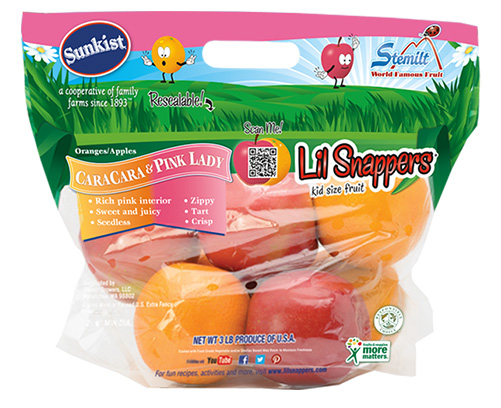 Last, but certainly not least as the numbers show, are pears.

“In analyzing last year’s pear crop, Lil Snappers Anjou was the #1 bagged pear by a long shot,” Roger tells me, adding that the Lil Snapper bagged pear program was in over 5,000 supermarkets in the U.S., Canada, and Caribbean Island regions. “It was the only bagged product in the top 10 pear sku’s (all other being bulk items) and showing up at #7 of all pear sku’s.” 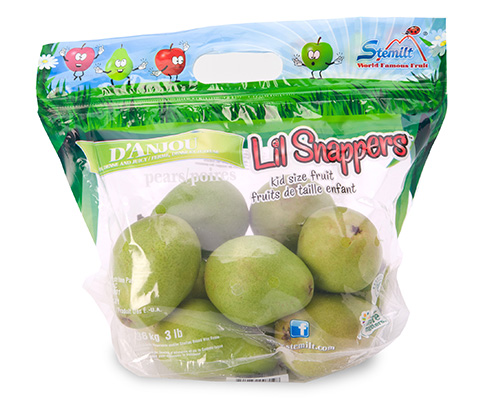 Not only are the items themselves a statistical win for what produce kids want to snack on, but Lil Snappers come in a three pound bag instead of the standard two pound, allowing retailers to build consumption without driving down purchase size.

When I ask Roger what's Stemilt’s goal for its proprietary snack line, his response is simple. “We’re not selling a bag, we’re selling a brand. We are looking to be parents’ go-to for giving their children snacks and packing their lunches.” 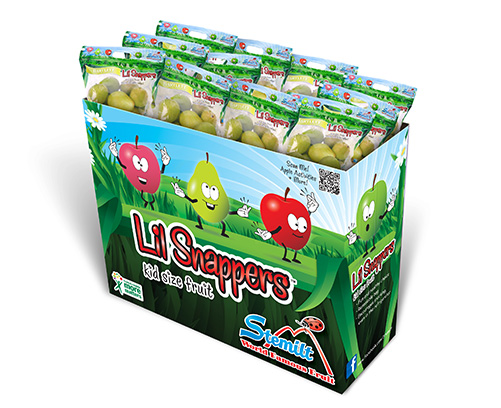 So retailers take note - like Smuckers for jam, Legos for blocks, and Fisher Price for play sets, Stemilt is pushing strongly to make Lil Snappers the brand kids ask for and parents' go-to while in the store.