PARMA, ID - And they’re off to the races! Tearless and sweet onions by Sunions™ are stepping out of retail locations and into consumers’ baskets, as the company makes headway into this inaugural season for wide retail availability.

“I was absolutely amazed with Sunions and now I am cooking them up like crazy,” said consumer Jeanie R., according to a press release. “They seriously taste like candy when caramelized!” 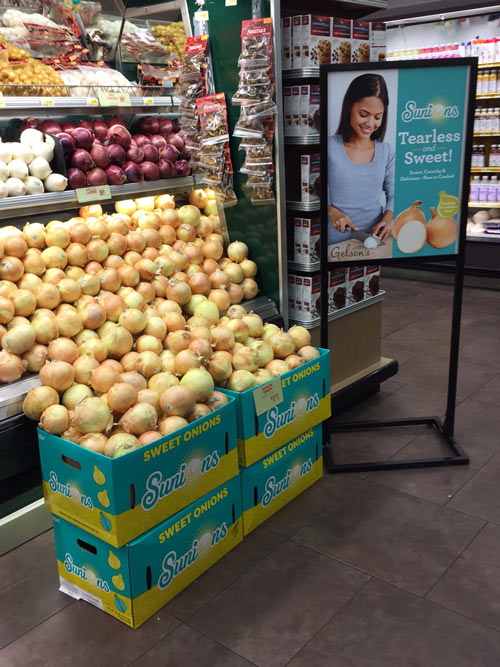 USA-grown, the product has taken three decades of research, development, and natural hybridization of Bayer Crop Science. The long-day sweet onion becomes sweeter and more tearless in storage, and most other sweet onion options during Sunions’ availability—November to April, typically—make their way stateside from South America.

This inaugural year has proven to be one for the books, with 1.2 billion media impressions in print, radio, web, and television media, including ABC’s The Chew and Good Morning America. In addition to these heavy-hitting media highlights, the company’s tearless, sweet onions enjoyed the spotlight from The Daily Meal, which told readers, “Onions that don’t make you cry are finally here and we’re crying tears of joy.”

The Huffington Post also reported on the company’s new-to-the-game variety, saying, “Put your goggles away, people!”

The company has teamed up with popular consumer sites like Buzzfeed Food, as well as YouTube influences The Brothers Green Eats. It has also put out a series of videos posted to Facebook and Instagram to get as many people in the know on what the variety offers, reaching almost 4 million viewers. 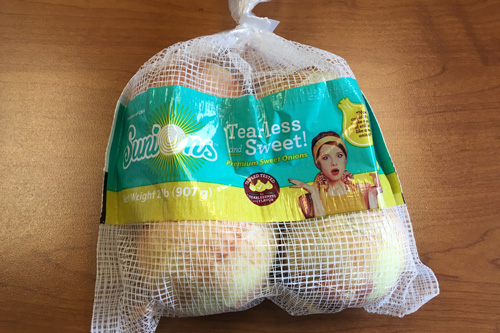 Other consumers raved over their experiences with the product.

“I want to compliment you on the best onions I've ever eaten in my life,” said consumer Rick S. “I can eat them like an apple.”

If consumers are wanting to incorporate your children into the meal-prep process, this item is making waves with families. Consumer Andrea D. said, “Because they are tearless, my children can help me chop, dice, and slice them.”

Other consumers are finding in Sunions’ product what they always hoped for in sweet onions. Consumer Shirley I., for example, stated, “Just tried your onions and they are the best. I have bought ‘sweet onions’ before and was always disappointed—I couldn't believe the taste of Sunions.”

A sensory panel authorizes the ship dates that follow a tightly-controlled protocol, which consists of both flavor and tearlessness. Sunions made it onto the retail scene in November of 2017, and the season ended in late April.

For more fresh produce industry happenings, stick with us at AndNowUKnow.