MONTEREY, CA - Tanimura & Antle, a premier sponsor for the 2015 Tour de Fresh, is gearing up for the rapidly approaching 4-day ride.

The 250 mile push to benefit “Let’s Move Salad Bars to Schools,” a campaign to install salad bars in schools across the country, requires each rider to raise $3,000 (the cost of a single salad bar per school). To get ready, riders and T&A employees Aaron Torres, Helena Beckett and Christa Schuck are also participating in Team Tanimura & Antle and The Wharf Marketplace’s first annual Cornhole Tournament to benefit Tour de Fresh and its mission. 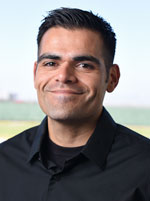 “Our 1st Annual Cornhole Tournament is a fun event held at an awesome place that benefits an even greater cause,” Torres, who is also the Sales and Marketing Manager for T&A, said in a press release. “Our goal is to stick with it until salad bars are in every school cafeteria in our country.” 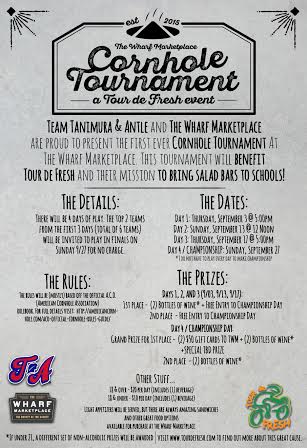 Tournament entry is $20 per participant, with all donations going to the Tour de Fresh cause.

Those who want to take an active part in this year’s goal of financing 100+ new salad bars to a variety of schools across the U.S. can still sign up for the 5 p.m. event this Thursday for a chance to be, or to see, who will be crowned champion at noon on the 27th of this month.

The Tour de Fresh rides from Hickory, NC to the 2015 Produce Marketing Association Fresh Summit Convention in Atlanta, GA, a 250 mile stretch over a 4-day span. To find out more about the cause or how to help promote produce for the next generation, go to tourdefresh.com/riders.