NEWARK, DE - The Produce Marketing Association (PMA) recently announced the latest addition to its team: Trevor Suslow, Ph.D., as Vice President of Food Safety, effective October 1. He brings with him a wealth of produce safety experience that will help him better identify, design, and deliver food safety value to PMA’s members across the globe. 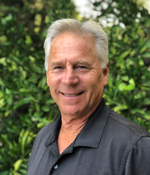 “At this point in my career, I feel this position will provide me the platform to have the greatest impact on technical leadership for PMA members, the broader industry, and affiliated stakeholders, as well as best serve the produce industry’s commitment to protect consumers around the globe,” Suslow stated in a press release.

Suslow will engage with members and other industry members, coalitions, regulators, and the food safety community to educate and advocate for a risk- and science-based approach to produce safety. Suslow will also work with researchers to facilitate produce safety research that can be translated into industry best practices, including representing PMA on Center for Produce Safety’s (CPS) Technical Committee, on which he has served since its inception. Suslow will report to PMA Chief Science & Technology Officer Bob Whitaker, Ph.D. 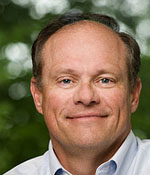 “An important challenge to enhancing produce safety is reaching those who need to be aware and who need to understand what the science is telling us,” Whitaker said. “Trevor has the knowledge in and passion for the subject, and has a proven track record as a produce safety educator who can translate the science of produce safety for stakeholders from field labor to industry CEOs.”

Suslow’s reputation precedes him. The association noted that he is widely recognized as a produce safety expert by industry, academia, government, and media. He joins PMA from the University of California-Davis (UC Davis), where, as extension research specialist, he has been researching, advising, and educating the industry and other stakeholders on post-harvest safety and quality. Committed to finding science-based solutions to impact produce safety and quality, Suslow has been an active researcher and has been widely published in science journals as well as trade and mainstream press.

A plant pathologist by training, Suslow has devoted his career to safeguarding and enhancing the quality and safety of whole and fresh-cut produce. He earned his bachelor’s degree in agricultural sciences and master’s and doctorate degrees in plant pathology from the University of California, Berkeley. He then helped found, and worked as a staff scientist and director of product research at, DNA Plant Technology Inc., an early agricultural biotechnology pioneer. Suslow joined UC Davis in 1995, and has led the university’s Postharvest Technology Center since 2016. 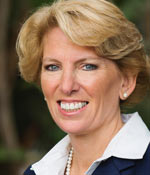 “In addition to being well-known and respected among industry and produce safety circles, Trevor brings an incredibly deep knowledge base, insights, and ideas that complement the leadership PMA has taken on food safety,” CEO Cathy Burns said. “His perspectives and connections will help us fulfill our mission and vision to grow a healthier world for industry and consumers alike. I am delighted to welcome him to PMA’s team.”

Congratulation to Trevor Suslow and the PMA team on this next chapter!