BENTONVILLE, AR - On the heels of Amazon’s call for proposals for the location of its second headquarters, Walmart is looking to fortify its own corporate facilities while also downsizing from six divisions to four. The company has announced that it is building a new Home Office in its hometown of Bentonville, AR.

Walmart's current home office is in Bentonville, though it has grown considerably since Sam Walton first established it in the 1970s. CEO Doug McMillon commented on the growth in a statement, “As we grew in the years that followed, so did our Home Office footprint, but without a holistic long-term plan. The result was today’s patchwork of more than 20 buildings in Northwest Arkansas. Many of these facilities, including the current Home Office, are significantly beyond their shelf-life. They are expensive and inefficient to maintain, costing millions of dollars of accelerating upkeep every year. And because they are so dispersed, they literally encourage us to work in silos and cause us to waste time and energy traveling between locations, many of which have inadequate parking options.”

In a media packet, the company has estimated that the project will take five to seven years to complete, and much planning needs to be done before the groundbreaking. Additionally, there is no current estimated cost, as the project will be completed in phases and worked into the annual budgeting process. 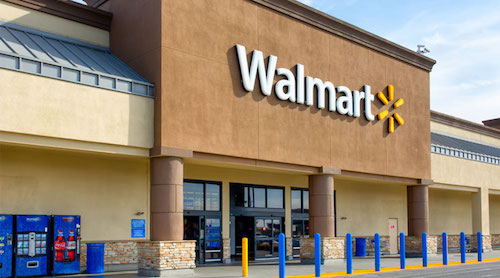 “We intend to bring most of our Home Office associates in Northwest Arkansas onto a central campus with accommodations for a more digitally native workforce and space that encourages greater collaboration and speed,” McMillon noted in the statement.

How will this streamlining of corporate headquarters push Walmart forward in the competitive retail environment? Stay tuned to AndNowUKnow as we continue to report.