SAILSBURY, NC - Aldi has completed its acquisition of Delhaize-owned Bottom Dollar Food stores. All 66 Bottom Dollar locations were purchased for a total of $15 million.

As we’ve previously reported, Delhaize announced in November that it would retire its Bottom Dollar banner, and close all 66 stores in Pennsylvania, New Jersey and Ohio, and sell the real estate to Aldi. The stores employed about 2,200 people.

According to local news source NJ.com, 30 former Bottom Dollar locations will be reopened as Aldi stores. The discount grocery store chain has plans to open 650 new stores nationwide by the end of 2018, an investment of $3 billion that is expected to create 10,000 new jobs, the company said. 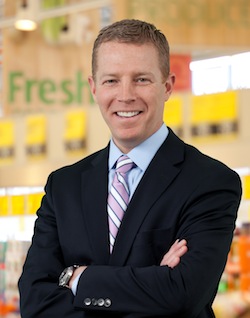 "While we are excited to pursue opening Aldi stores at 30 of these locations, we will continue working with those communities where we will not be using the sites to ensure a smooth transition," said Jason Hart, CEO of Aldi to NJ.com.

This transaction, which includes the land, buildings and leasehold improvements associated with the Bottom Dollar Food banner, will significantly expand Aldi's presence in the greater Philadelphia, southeast New Jersey, and greater Pittsburgh regions.

The completion of this deal officially marks the end of Delhaize's participation in the U.S. discount retail sector, and is part of its overall strategy to focus on its core operation of traditional retail outlets, the company says.

Stay tuned to AndNowUKnow for continued updates on the evolving retail landscape.