BATAVIA, IL – As the discount retailer continues its ever-prevalent reach into U.S. markets, there may be a new, specific focus for the grocery banner. Analysts are speculating that behind the chain’s expansion plan there is a concentrated push for stores in wealthier, suburban areas.

"They seem to have rolled up their sleeves and planned to make inroads with major expansions,” stated Berstein Research analyst Alexia Howard, according to the Wall Street Journal.

Howard continued to state that discounters are expected to more than double their average annual sales growth between 2015 and 2020, from the 6 percent seen over the previous five year span to a new projection of 15 percent.

WSJ stated that this strategy is a shift for Aldi as its previous locations have mostly attracted budget-focused consumers in a low-to-middle income bracket. Aldi also seems to be further looking to engage suburbian consumers with more spending room with higher end foods, such as organics. 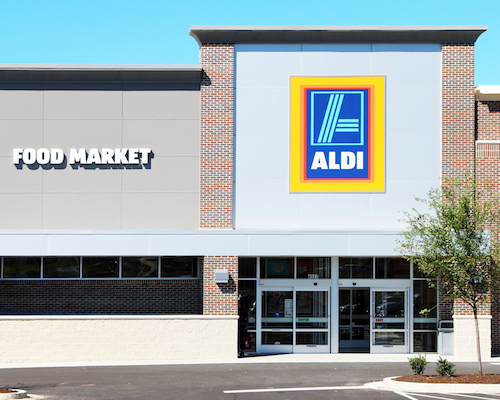 WSJ reported that Aldi stated that the majority of its recent 500 stores have been opened in large suburban retail centers in middle-income or higher neighborhoods. Aldi currently has about 1,600 locations in the U.S. market.

Aldi’s latest expansion direction seems to be an effort to differentiate the chain in the highly competitive buy-side segment, and reach new customers who may possess more upscale tastes. This shift also matches another focus that our industry is familiar with, an emphasis on fresh.

Scott Patton, Aldi Divisional President, stated that one of the chain’s newest additions has quickly become one of its most popular. Aldi’s new refrigerated produce sector is now crowded with consumers looking to buy.

“Everyone’s stopping there,” Patton stated, according to WSJ. “One of the things we’re working on is the turn at the refrigerated section to alleviate the traffic jams."

Howard continued to state that it has yet to be seen how easily Aldi’s distinct store format will resonate with higher-end consumers, and the overall recreation of the chain’s success as seen in European markets.

As Aldi continues to expand across the U.S., AndNowUKnow will break the chain’s announcements and subsequent impact on the buy-side segment.