Bi-Lo Holdings Will Be Closing 6 of Its Stores

JACKSONVILLE, FL - Bi-Lo Holdings has released that the company will close six of its BI-LO and Winn-Dixie stores.

According to The Florida Times Union, Bi-Lo Holdings acquired five of these six stores in the past two years when it bought stores from Piggly-Wiggly in 2013 and Delhaize last year.

The following stores locations will be closing: 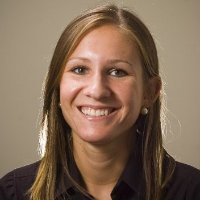 Julianne Roberts, Corporate Communications Manager for Bi-Lo Holdings tells us, "Bi-Lo Holdings is deliberately fine-tuning our company and network of stores so that we can reinvest in what matters most for our customers – providing the freshest foods and best deals. While closing underperforming stores is never easy for any retailer, it is a necessary part of operating a retail business."

As we've previously reported, Bi-Lo Holdings had closed 23 of its Winn-Dixie locations in November 2014.

The six new closings are scheduled to close on or before April 22, 2015, but Roberts tells us that each of the closing stores has a nearby store that will remain open to serve area customers.