CARMEL-BY-THE-SEA, CA - With a full stomach, overstimulated taste buds, and a few inspirational ideas to take home to Sacramento, I can safely say California Giant Berry Farms’ inaugural Chef Invitational competition was a hit. An ode to its foodservice partners that served as a launching pad for berry innovation, culinary experts from Markon, US Foods, Renaissance Food Group, and Sysco certainly dished it out. 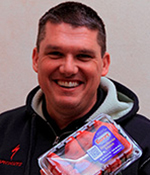 “This is another one of those dreams that Cindy and I had by saying ‘wouldn’t it be cool just to do this?’ about two or three years ago,” Anthony Gallino, VP of Sales for California Giant, shared with me at the event’s debut, saying it was a fantastic start with a widely positive reception. “We hired Tom Smith as our Director of Foodservice, and now that we had a team it was a no-brainer. He took the lead on it and just did a phenomenal job.” 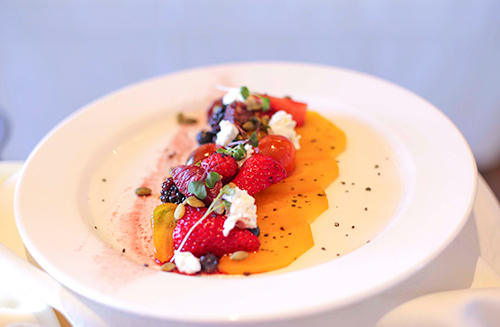 Kicking off with a field tour to introduce the chefs to the behind-the-scenes of California ag, not to mention an amazing dinner to introduce everyone, the July 10th competition saw all chefs ready to rock.

Having tried Chef Laura’s financier and seeing potential for both breakfast and dessert, I asked the expert herself about it and her choice to submit the recipe. 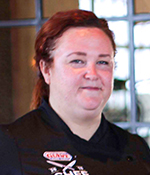 “The financier is amazing for breakfast, but you can make it into a composed dessert just by adding a sorbet or a compote, so to me it’s just such a versatile flow and it’s really easy,” she explained, adding that it was the convenience of the dish that inspired her to submit it. “There’s nothing easier than a financier. So I was thinking this would be perfect for a retail customer if they wanted to make something that everyone could make.”

While each dish was delicious and distinctive, most of them introducing me to an entirely new use of berries, there could only be one winner—the judges ruled and it was Chef Luis with his Berry, Tomato, and Beet Salad that took the overall title. 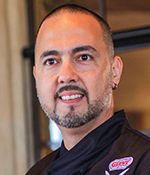 “Just to be here, I won already,” Chef Luis said before the results were even shared. “For our partners, our customers, and growers, this is showcasing the product we have and the possibilities. For us, we get to learn, experience, and go on tours. To do that in a facility like this is amazing. I’m always trying to learn and better myself, so this is a way to put stuff out there. On my end, if we are going to suggest a product we now know the story, what it takes to put it together, which is very important.”

And he did not stand alone on the podium. Chef Shane won over the crowd, taking the People’s Choice award with his Strawberry Jalapeño Pancakes with mixed berry syrup and Duck Wings, a dish of happenstance he told me. 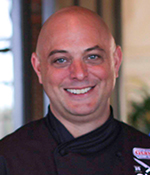 “I was making pancakes and it got out of hand! The idea came to me when I started playing around with wanting to do something with jalapeños and strawberries. I know I had seen at some point a jalapeño pancake and thought I would give it a try and it came out really good.”

He explained to me a passion for duck and how much he loves to pair it with berries further evolved the plate, and if you reacted warily to that as I did I highly recommend you give it a try! While Chef Shane said it was touch-and-go for a bit, the result was a beautiful dish that ended up winning the people, if not the judges!

It’s worth noting as well that even experts need a helping hand and, in this case, those hands were the amazing students of Santa Cruz County’s Teen Kitchen Project, an organization that volunteers to provide meals to those who can’t prepare it themselves due to health issues. 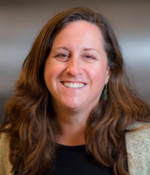 “These kids come into the kitchen, they volunteer their time supported by professional chefs, and they make and package meals that are then transported to adults all over the county who are ill,” Executive Director of the project, Angela Farley, shared with us. “The teens were so grateful to be here, they were so nervous when we drove up to the gates but they did great!”

Chef Luis echoed her sentiments, telling me that his teen assistant, Danica Morgan, should consider a future in food.

“Working with Danica, she is amazing. She needs more credit than she gives herself, she’s a natural,” he shared with me. 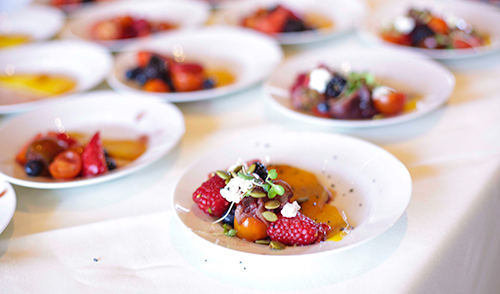 Danica said it was her step-mother who found the program and suggested she and her sister get involved. While she doesn’t know if she sees herself cooking beyond helping her step-mom in the kitchen, she does like it and took a key lesson away from the Chef’s Invitational.

“What I learned, probably, is to try new and different things I wouldn’t think of,” she commented, though she is still unsure about creating new dishes herself.

With attendees and competitors alike already planning and strategizing for next year, this is a produce event I think will be making its way onto foodservice calendars.